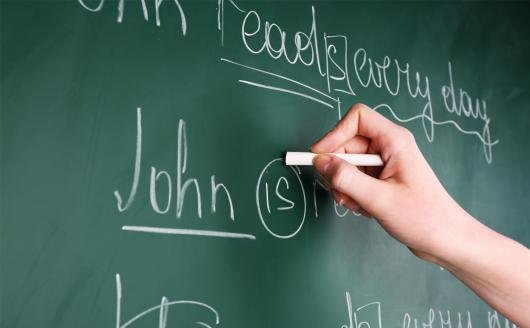 Language patterns, and the way we utilize our powers of speech are most important to us. This is especially so if you work in the field of Hypnotherapy. The meaning of words may be may be altered slightly, molded to give maximum affect, or made to seem of no importance, when actually the whole point of your sentence revolves around that one particular remark.

This is a mistake made by many Hypnotherapists in their formative years. Many speak too quickly, or too softly, too loudly; you name it, we've all done it. I am not being facetious reader, I speak from hard experience! I hope that the following short article, a precis of an actual case I worked with, may help you to understand the importance of language, or in the this case, very little language!

The particular client, who shall be called from this point in time "Magda", was living in Australia, but was a recent arrival from Ukraine. She was in fact from the Chernobyl region, and had suffered a great deal of trauma after the nuclear disaster in that region. Her husband rang me at my office, asking for an appointment for his wife to "quit smoking". This is of course a common request, and after being assured by him that it was his wife's desire to quit which prompted the call, I gave him an appointment.

Magda arrived promptly on time the following day, and as with all clients I greeted her personally, ushered her into my office and bade her sit down in the 'comfortable' chair. After striking up a general purpose conversation with this very timid lady, it became patently obvious that the use of the English language was not her greatest asset. In fact I estimate that she had command over approximately twenty words in total. Four of these words were "Hello my name is ......."! This situation, no matter how experienced you may be as a Hypnotherapist can most certainly 'throw a spanner in the works' metaphorically speaking. For instance, what type of induction do you utilize? Then, if by some quirk of fate a hypnotic trance ensues, what on earth does one say?

This was a challenge. But one thing which you learn very rapidly in those early days is to be 'light on your feet'. One must be versatile. Don't stick stoically to a set induction, a session laid out in a clinical manner. Every client is a different 'type' of person, they all have different likes and dislikes. Talk to them, take your time, learn their idiosyncrasies, it is very, very important in my view. If you don't, if your sessions become a 'parrot fashion' repetitive exercise, you may have some success; but why not aim for 100% success!

Now, back to my client Magda. When I asked if the reason for her visit was to stop smoking, she simply burst into tears and sobbed uncontrollably for about ten minutes. Many tissues later, and with red and teary eyes, she explained in broken English that "Yes she needed to change". The time came. The time to test my skills. There was a slight feeling of intrepidation as I thought four moves ahead as in game of chess. What on earth was I going to say to this poor lady, who was now sitting looking at me with an air of expectation upon her tear stained face! Then, it came back to me in a nanosecond of lucid thought, the words of the man who taught me years before, a certain David Kennedy. I remember as he placed his hand upon my shoulder in an attempt to deeply anchor the thought in the questioning student. He said, "Remember Dan, it's not always what you say, it's the way that you say it". Well, as I recalled that suggestion, it is apparent that the anchor was successful!

So, I commenced my session. Speaking in my normal, soothing and rather monotonous voice. Nothing spectacular, nothing theatrical, no swinging pocket watches, simply a guidance by tonal voice quality. A guidance into a relaxed state, an altered state of consciousness, we know this state as hypnosis. An inward focus of one's attention. Magda quite rapidly developed the classic signs, change in skin tone, carotid pulse slowing, immobility, slow breathing, swelling of the lower lip. She was in fact in a medium / deep trance. It was not easy I must admit, it took time; and there's the rub! Take your time, be patient, guide your client, be gentle with them as you verbally caress them into that altered state.

Session number one went well, so did sessions two and three. They went well, but Magda was still smoking. Now here is a very salient point for any of you just beginning within this wonderful modality of therapy; the 'presenting problem' the primary problem espoused by your client is not, for many reasons, not necessarily the main cause of their distress. In the case of Magda, the problem turned out to be her marriage, and an abusive husband. The hypnosis, the deep relaxation, the ability to allow some therapeutic interchange betwixt conscious and unconscious mind allowed Magda to reach a conclusion, form an inner opinion and make a decision, albeit in a foreign language! She left her husband. She is now functioning and happy, without any direct intervention from myself. That is the whole purpose of this form of therapy, allowing the clients own unconscious processes to locate and then put into practice the best solution for them, at that time. We would term this form of Hypnotherapy 'Ericksonian' in nature, after that great therapist Milton Erickson who pioneered these techniques.

So, remember as I did, "It's not always what you say, it's the way that you say it".

Dan Elliott is a Hypnotherapist in Queensland, Australia. He is also the 'Pacific Rim Representative' for Hypnotic World, as such he would be pleased to answer questions, by email or telephone if necessary, from anyone within his quarter of the globe relating to Hypnotic World data and courses. His telephone number and email address may be located at www.cqhypnosis.com