Your Story: Past Life Experience 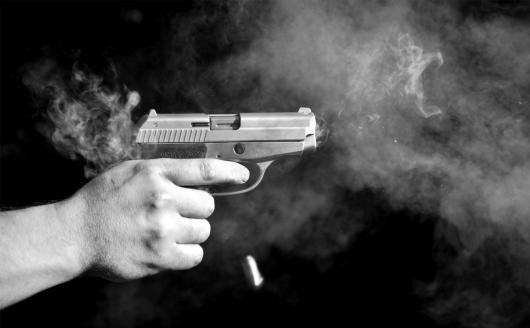 I don't know if this is evidence of a past life but I thought I would pass it along to get your opinion.

This was a reoccurring dream of a gunshot no visual just sound. This dream would usually happen when I was very tired. And was going to sleep in my own bed at home. At the instant I would fall to sleep I would hear a gunshot. A loud in my face gunshot that would jar every bone in my body. I would wake up with a jump and in a panic.

My heart would be racing and I would be frightened of I knew not what.

When I woke up and realized it was my usual dream I would go back to sleep.

But, again as I went to sleep I would hear the same gun shot. The shot would not be as loud or as frightening but the same shot anyway.

I would hear the shot two more times that night each time quieter and more distant.

And finally fall asleep and sleep restfully the remainder of the night.

I can't remember the first time I had this dream but they started when I was a small child. The dream continued into adult hood and after I was married. Often I would wake with a jump and my wife would ask what was wrong and I would explain it was just a dream.

The last time I had this dream there was a strange twist to it, visual was added. I was dreaming I was in what was apparently a store in a western town of the eighteen hundreds. There was a wooden counter in this store. I reached under the counter and pulled out an apron like a storekeeper might ware. As I was putting the apron on an old man walked through the front door of the store in a rush.

The old man said "they are coming". I told him to go out the back and don't let any one see him.

With this he hurried off to my left and out of the building. I reached under the counter where I had got my apron before and pulled out a revolver. I didn't have a holster for the pistol so I put it under my belt behind my back so it would be out of sight.

Shortly after these three men walked through the door the old man had entered shortly before.

The men were muttering to themselves and laughing as the walked through the door. I stepped from behind the counter to confront the three.

I reached behind my back for the hidden pistol one of the men shouted "he has a gun".

At that instant I heard the same gun shot I had heard so many times before. I felt the bullet hit me in the middle of my forehead.

There was a flash or white light that enveloped everything. I fell forward into a void of white light. The Store and the men were gone and the dream was over.

After that night I have never heard my gunshot again.