My Past Life Dilemna 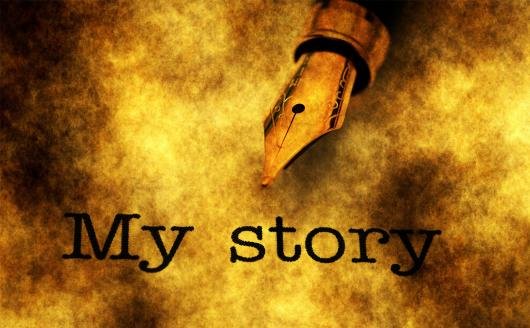 Account of a regression (Photo by © alexskopje - stock.adobe.com)
This account was sent into Hypnotic World by one of our valued visitors. All contributions are gratefully received.

My Past Life Dilemma

In 1995 I decided to look into a feeling I had about two things that kept bothering me. One was fear about knifes and two because I felt that I knew a lot about 1964. Don't ask me why I just did.

I kept on about this for some time when my girl friend said, "why don't you find someone to sort it out then". A few days later I noticed in the paper that a psychic fair was coming to Burton- upon -Trent, Staffordshire, England. So I got ready to go.

I took my girlfriend and two friends along we sat and listened to this woman on about Crystals and dreams and past life regression. At the back of her sat all these people with screens round them. The woman said this stall is for tarot readings and this one is crystal reading and we have the past life one over there.

I walked straight over to the past life stall. I still cannot remember her name but she held both of my hands and went into a deep trance the first thing she did was to say.that my name was Michael Brandon and I lived In Manchester. I was born In May of 1958 and died in May/June of 1964. I lived in Birtles Road.

The medium seemed to be in a deep trance when she told me this story. I still can remember it because as she was saying it I put it in images in my head. Like a video if you like.

Michael Brandon's mother's name is Margaret. She did not tell me the father's name. The medium said that we were working out the house down Birtles Road. The medium said, "Thank god I'm out of there". She meant the house. I got the feeling that the husband beat her and the children don't ask me how I just feel it. Margaret works for the slipper factory in the High Street and I was off to school. The medium told me that Margaret told Michael (me) to go straight to school.

She then told me that a woman was walking towards me and offering me a bag of 'gob stoppers' she abducts me and put's me in a green Morris Minor car. A man is in the front and she climbs into the back with Michael.  There she sexually abuses Michael while we are driving out of the city.

The Medium now is looking a bit upset and I'm totally shocked. She then told me that I was driven out into a moor where the man dragged me out of the car and pinned me down in a sort of big ditch. He sat upon my chest with my arms by my side and the woman took a white rock and bashed me once on the left side of my head. (This part is so strange because when I was 13 I started having bad migraines. I still have them today and the left side of my body goes numb)

She told me that my body has never been found. She then came out of this trance and looked very shaken. She offered me a cigarette and I remember seeing her hands shake when she lit my cigarette.

"Are you going to say something she asked me?" but I was lost for words. As we finished our cigarettes she told me to look into this but warned me to tread carefully.

As I got up from the table she also ran off to the toilet in tears.

My girlfriend was walking towards the medium and was going to ask her what she had told me because for the first few minutes I looked white as a ghost and could not say anything but my girlfriend saw how upset she was and left it.

She did come back into the room but only to collect her bag and she left the pub.

I was her only first and last sitting that night. We stayed and had a drink.

After an hour we were about to go when my girlfriend said, "I've just got to go to the ladies" while in there she heard two mediums talking one said, "what happened to...

The other said, "She'd had a bad one". Now the two women had not seen my girlfriend before the main fair was at the other end of the pub around a corner. My girlfriend and friends were in another room to the readings. The main thing I remember was the medium saying that when Michael died his spirit went straight up.

Not managing to get to the very top but coming down into my body 3 years later. (I was born in September 1967).

For a few days I was a bit depressed and tried to push it to the back of my mind. But every now and again it would pop into conversation. In the end I looked for someone to take me through regression. I found someone in Derby and went to her house I wanted to see if the story of the first medium would tally with this regression.

I was going through he clouds at great speed and looked down on a big city with smoking chimneys and black slate roofs. The woman asked if I wanted to go down into the city but I couldn't.

Something was saying don't go. She bought me back

Even after all these years I feel I wanted to round this off and finish this off. It as stuck to me and keeps eating away at me and I would love to have another go with the person really putting me under. After all there is a little boy lost on a moor somewhere.

But the final twist comes 3 years after this event. For a time I was working for a coffee factory and a woman started who turned out to be a white witch.

She did card readings and spells and so on. She was there six months I didn't really get to now her before I left.

But at my leaving do in the pub just down the road from the factory I had a chance to talk about the paranormal and ghosts.

I said to her " I never told you about my past life have I ?"

This really blew me apart. How did she know?

I don't talk about my story now I feel people would think I was making all this up. But I swear that the above is 100% true. Why would I want to make up a sick story of a murder? I have nothing to gain from this at all. But I cannot go shouting about it because it is a delicate matter

If there is anyone out there who can help me I would be most grateful. I would love to find out if Michael Brandon was a real person who lived in Manchester in 1964. I not only owe to myself but to him as well.