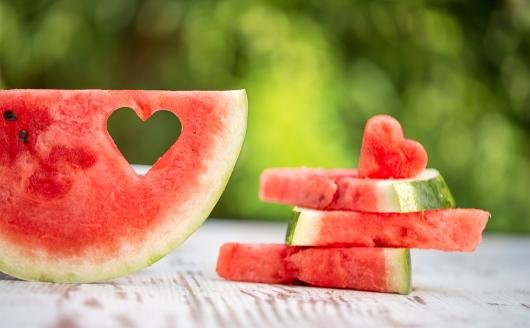 I'm a Hypnotherapist in Atlanta, Georgia. In reading your Past Life pages I thought to share this personal experience with you.

As a child, and up into my early teens, I always felt like I never had the mind of a child. It was always as if I just "knew" things - just as an adult would. It's sort of like retaining a wisdom that has just always existed in my mind. I always knew that this was not my first life, although I never really tried to remember a past life until I was in my late 20's.

As a little girl, I always knew the man that I was supposed to marry was tall, and had blonde hair. I could almost hear his deep voice, and I wrote in my diary that I would know this man when I met him.

I also had lots of de ja vu experiences up until my early 20's - the most fascinating was when I met my 2nd husband. The moment I met him, I was completely drawn to him and I knew that we had met somewhere before - possibly in a past life because we had never met in this one.

I always had a feeling that we were connected on some other level, a more spiritual level. We once woke up having the same dream about watermelons. To this day, even he will tell you about how as I was yawning and stretching that I sleepily told him that I had the most wonderful dream about eating watermelon (even though I actually hate watermelon) and how wonderful it tasted in my dream.

He laughed and said that he too was having a dream about us eating a watermelon that we had grown in a garden. We came to label these types of experiences that we had during our life together as "watermelon love". We were so passionately in love for 10 years, and then our marriage ended as abruptly as it began. Being my 2nd divorce, I was surprisingly understanding of why it was just time for us to go our separate ways.

My first divorce was devastating, but I didn't experience any of the depression after the 2nd one. It wasn't until the day that I married my current husband (who is tall, blonde, and has a deep voice) that I realized the two previous marriages that I had before were not my "real" marriages. (as a note, my first two husbands were dark haired, short men.)

While I was married to the ex, he often told me of a recurring dream he had where he was standing in a field in front of a firing squad. Seeing a car on the edge of the field he began to run towards it, thinking he could get away if only he could reach the car - and as he ran (in the dream) he could feel the bullets riddling his body until he couldn't run anymore, and he fell to the ground. Then suddenly he found himself standing in another field and he saw people with white robes walking towards him - and as they walked past, I was among them - only I looked at him seductively - and kept walking by. Him telling me when he would have this dream disturbed me when we were married, because he had them a lot in the beginning.

We often talked of growing old together, and how when we died we wanted to be buried next to each other - and we had actually hoped to die together just so we wouldn't have to be apart. We were just that close. It always bothered me that we had been so in tune with each other, and then completely out of the blue he divorced me.

His reason was that he was "holding me back" and that he loved me enough to "set me free" - but I just thought he was crazy. Several years after our divorce, and after I learned hypnotherapy, I had a Life Between Life regression where I wanted to understand the purpose behind my relationships with my husbands.

I discovered that he was indeed my soul mate, but that I had come to this life to experience things beyond what I could experience while being with him. We had agreed (in the spirit world before we were born) to have some time together in this lifetime so we could experience a physical union, but that we would separate and complete our own tasks before returning to our "spiritual home" where we will meet again. This lead me to understand the purpose of the relationship I have with my current husband - who has helped me to expand into the person that I am today. If I hadn't met him, and if I had remained with my ex-husband, I would never had explored the paths that have led me where I am now. I love my husband, but our relationship is far from the type of relationship I had with my ex. It's much more mature, less passionate - but at the same time so much more fulfilling.

Now for the weird part... I occasionally meet with my ex during dreams. To people who haven't experienced this sort of thing, it might be hard to understand. I am completely engrossed in my current life. I love my husband, and I never think about the ex until sometimes he just pops into my dreams.

Usually, in these dreams I hear him calling my name, and I find myself walking through the woods on the land adjacent to our old home in the hills of Dahlonega - and l stand at the fence where I can see him on the other side. We still have that loving feeling, but we don't touch - although we want to.

We just stand across the fence from one another and look into each others eyes - and communicate with feelings. Although we haven't spoken for years sometimes he will just pop into my mind at the weirdest times, and I know that he's thinking of me. I was once compelled to call him because I felt he was sick, or in danger. Turned out that he had hurt himself in a fall. A mutual friend told me recently when she asked him why he hadn't remarried that he said he would never remarry because he believes that I'm the only wife that he was ever supposed to have.

During a past life regression I discovered that in one of our more recent incarnations we were American Indians living in the mountains (possibly Cherokee). We were happily married in that lifetime, but never had children. We lived in a long-term dwelling and had a garden - but I didn't discover if watermelon was something we grew. I've gotten away from trying to find out more because I feel like my purpose in this lifetime is much more important than reliving, or understanding that relationship.

So what does this all mean? My personal take on it is that we all have other souls that are attached to us throughout eternity. They may be soul mates, or just people that are in our soul group that we pass through time with. Life is about learning and growing, and these souls are in our lives to help us achieve the lessons that we have set for ourselves, and to accomplish objectives that we would like to accomplish.

Our role is to help those souls reach their objectives as well... and we do that, without even knowing that we are doing it. Every person in your life is there for a reason. I recommend Life Between Life regression to figure out exactly what those reasons might be. You'd probably be surprised at what you might find.