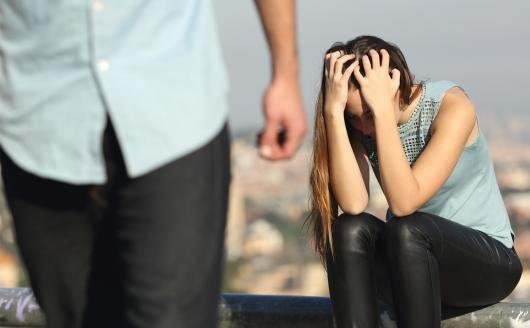 Hello there to whoever may read this,

I live in the US and for quite a while I feel a strange feeling. I was dating a guy for approximately 2 months, but somehow I feel like I have known him for a very long period of time and the feeling when I have when I am with him is so enormous that is quite hard to explain.

At first I wasn't attracted to the guy, I never thought I'd be able to, but somehow something drew me into him and I fell hard for him.

I had never expected to give in to a lot of emotions but somehow whenever I am with him the atmosphere is so different that I can't control my feelings. The feeling I gather when I'm around him is like I've known him for so long.

Recently, for a month we broke up due to the fact that he said I am an utmost horrible person, mean and cruel and that I am a user. But I don't see myself that way, I know when I am a user.  When he give me things it feels like he has a need to do that, as though I have no utmost horrible feeling about rejecting or fighting it off like when others give things or purchase things for me.  It's almost as though we are a family.

He cheated on me, or so -  called say that he had gone back to his ex girlfriend, I should be mad but I don't feel mad - it's as though somehow I knew this was going to happen but yet I don't know.

And for the last month, every night I have had the same exact dream, and exactly the same feelings when I awaken in the morning.

I think about him but I think about the weirdest thing is, it seems like in our past lives we made a pact to live with each other and never be separated - and at other times I see it as being an experience from my past life when I wronged him very badly and now he is here to have his revenge, but his feelings are very awkward indeed.

Thinking about this gives me a really bad feeling in my stomach. I really want to seek what I was in my past life and what I did, because somehow I seem to have wronged so many people in this life and a lot of people - because or of me, are hurting from my relationship with this guy.

I've lost most of my friends because they think I'm a horrible gold digger and a fake person, but I don't feel as though I am, but it makes me feel that I'm bad or evil or cruel.

But somehow I feel as though people wronged me in my past life and I am supposed to pay them back, but I don't want to, I don't want the endless cycle to continue and yet I don't know how to stop it.

It's as though I'm supposed to feel satisfaction for having revenge but I don't want it, and it certainly doesn't make me feel better, I feel like a part of me has already been repaid, but the thoughts and the feelings I wake to every morning are phenomenal and disturbing. So I hope to hear from you soon, I'm feeling very confused about all this.