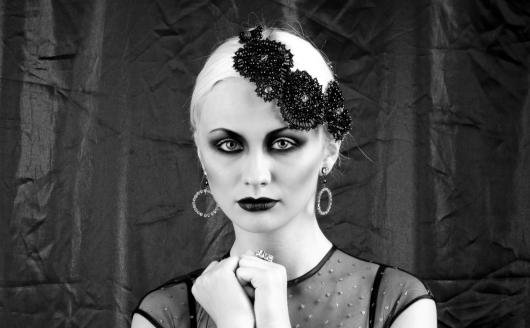 Past life (Photo by © tan4ikk - stock.adobe.com)

Ever since the age of 5 I've developed a complete and intriguing fascination with the world of early Hollywood, when i would sit up in the middle of the night and watch Laurel and Hardy flickers. i remember feeling scared of them but oddly drawn to them as well.

When the film "Chaplin" came out in the early 1990's it opened up something in my head that I haven't been able to stop ever since. this obsession with the great comedian exploded from within me, and most found it odd that I a preteen was collecting such non preteen stuff. when other girls collected movies with their favorite teen idol or singers, I was collecting movies from an era long ago.

I've also had dreams from time to time. the first most vivid one i can recall, was one where i was in a strange basement, which looked like a movie set of a mad scientist. everything was in black and white except for a couch which was vivid orange. there was a dark haired good looking man dressed up to be a mad scientist, and he kept calling me Sally, then I go to a mirror that was against an old ice box, and see a reflection that was not mine, but a  beautiful dark haired woman with that "old Hollywood look"

I just had a new dream last note. i was dressed in flapper style, probably 1924 fashion, and i was dancing, set to sing and dance on a stage. everything around me was covered with dust and cobwebs like the place was old.

I want to be able to tell myself more about all of this. I've been told on several occasions by several different people, that i don't "look like I belong here" I'm hoping to find some way to harness this. I believe I died in 1930, because my fascinations end with that year, nothing past 1930 appeals to me, unless its post 1930 Chaplin. thank you for your time.