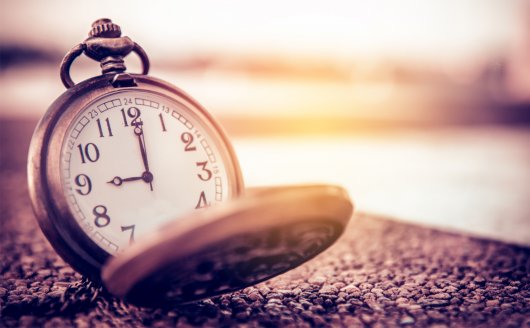 The account below was sent into Hypnotic World by one of our visitors, John Kernot, from Arid Zona Research, Broome, West Australia.

John gave permission to reprint this account here and he can be contacted on the address shown.

The Christos Technique was devised by a lady called Jaqueline Parkhurst (from Perth) over 30 years ago.

If you'd like to know more let me know. I do not believe that any of the past life regression is actually Past Lives of the individual. Although I can do them very well and they are very detailed and graphic.

I believe that we are actually moving our subjects though experiences something like you do when you tune your radio for the right station.

So we can take a person into another person's actual experience and life but I do not believe that it was a past life of the person we are doing it on.

The Christos experiment is NOT hypnosis but simply a mental exercise to take you out of the body.

I have just married young Indian lady who is a Muslim and we are still not together after 6 years and the things that have happened to us are amazing and not good.

But I have to understand that as much as we are not happy with it, it is meant to happen. Ill tell that story later.

I promise, If I wasn't involved in it I wouldn't believe it myself but I am and I now accept it.

The daughter I have not heard of and who was taken away 23 years ago. Well, more coincidence. I have a very large photographic exhibition in my town.

I was telling two young Dutch girls about all the co incidences around me and I got onto telling them about my daughter being taken out of the country 23 years ago and I have not seen her since. (This was two weeks ago), the next day I received an e mail in my junk mail from a Natasha Meszes. I was going to delete it because I do not know a Natasha Meszes, but peeped at it instead.

It said "If you are still using this e mail address can you contact me. Natasha@..."

I sell jewellery as well so thought is must have been to do with that. I replied and the writer turned out to be my missing daughter.

She put my name in search and it came up for jewellery and so she contacted me. She's married and just had a baby. After all these years and after I was speaking to two strangers about her.

If you put my name into search under KERNOT or KERNOTT you'll see a few things about me also try under aridzona research or the OREA LINDA PROJECT.

I have done many thousands of these (Christos Experiments) and have come to a number of conclusions. The only people who can do them are people who are MEANT to do them - that is, there is a governing force over it being done.

The entities I'm in contact with are called the WHITE COUNCIL. THEY ARE not SPIRITS OF THE DEAD. OR angels or anything at all like this, they are Cosmic Overseers in a place so far away its nearly impossible for us to comprehend. But, they know all about everyone and everything and I believe that when I take someone out, they give of some kind of signal maybe like a light (a spark) and the Cosmic entities are able to see them. Some people can do the experiment very easily, some cannot and some can If I force them. In 26 years I have never ever had a bad experience but at times, some of my subjects have felt head aches or slight pain in parts of their body. This usually means that they are NOT meant to be doing it or that someone wants to see them, so they have to follow the pain or the pull.

I have known a man for 20 years and we always talk about deep things. He owned shops that sell bike badges and jewellery very heavy aggressive stuff. He asked me a few years ago to do one so I did. I expected him to do it
well but he didn't and I had to force a contact. I knew the entities were watching but I couldn't get them to communicate. Then he laughed I asked him what's so funny and he said "They told me I'm a non-believe and they are correct." He told me later that night that he's a sceptic about everything.

A few months later he changed all his shops from the aggressive product to crystals and all the New Age healing things and he's now deep into meditation etc.

I also believe that when you do the Chinese I Ching that you are actually asking the same entities for advice. The connection between the I Ching and what the entities say is very similar, and has a similar feeling as they do. Professor Frodsham at Murdock University (Perth W.A.) studied my transcripts (1980) and said they were entities of a very high ethic and he considers them the Devas that Buddhists communicate with.

About 30 yrs ago a very beautiful young woman was murdered in W.A. She had just started as a model and she was every mans dream, slim very long hair, magnificent eyes and was always in the newspapers. Everyone liked her, she was a local Dianna. She was 19 years old and engaged to be married. One morning I awoke and the headlines in large letters in the front page of the newspaper said FXXXX WXXXXX MURDERED. They never found the murderer and it affected everyone.

Many years later I was communicating with the entities and I asked who killed FXX WXX...

They replied WE HAVE THE KNOWLEDGE TO GIVE THE INFORMATION OUT, BUT NOT IN THIS MATTER. I replied: "Isn't doing good for the community the right thing to do?";

They replied "NOT IN MATTERS WHICH ARE TRIVIAL".

In 1980 I was very lonely. I had two daughters One had been taken out of the country when she was three and I have never seen her since. The other daughter lived on the other side of the country so I never saw her much either. I asked the entities. "Will I ever marry and have a family?"; They replied: "YOU WONT MARRY UNTIL YOU ARE MUCH OLDER AND YOU WILL HAVE MANY CHILDREN". Since then I have had 7 children and married for the first time in

I lived with Australian aborigines for 15 yrs and saw many strange things but this one co relates with what I have found with the WHITE COUNCIL. I was friends with a young aboriginal girl about 16 years old. She used to talk to me when I had nothing to do. One day she had cuts on her arms high up. I asked her has she been fighting? She said "No I have done my WOMAN'S LAW"; I asked her to tell me about it and this is what she said:

"MY TWO MUMMYS, THEY BIN LIE ME DOWN AN THEY BIN SING AND SING AND SING THEN, ONE TIME THEY BIN CUT ME ON THE ARMS. THEN I LOOK DOWN AND I SEE JANE MARU THERE THAT'S ME DOWN THERE - THEN I SEE ALL MY BROTHERS AND UNCLES AND FRIENDS COME TO SEE ME. THEY TAKE ME AWAY (IN THE ASTRAL) AND TELL ME MY LAW. THEN THEY BRING ME BACK THEY SAY THAT IS YOU THERE, YOU MUST GO BACK - AND I OPEN MY EYES AND LOOK UP AND HERE ARE MY TWO MOTHERS AGAIN.

This is a classic out of body experience. I then asked her what her law is and this is what she told me.

"I AM AN OLD SPIRIT IN A YOUNG BODY. SO I HAVE TO DIE YOUNG .I told her not to be so silly, I said you'll live to be an old girl and you'll have heaps of children and grandchildren. She said ...."NO! I HAVE TO DIE WHEN I'M YOUNG".

When she was 19 she was in a car and it rolled over and she was killed.

The two examples above means that death, regardless of how it happens is trivial because we all die in one way or another. and I now believe that our deaths, regardless of how they occur are predetermined, the same as our
life paths are If you read "Child of Eternity" or the "BIBLE CODE" Its clear in these books that each individual comes into the world on a predetermined road.

I once did an experiment I tried to tap the minds of Gorbarchoff the Russian President and then President Reagan.
When I tried the entities appeared very upset and shouted at me ;"You must not do this you are not meant to do this".
They have made very grim predictions for mankind many years ago and its all happening now. They told of terrible things men will do to each other in the Middle East, and so on.

Sometimes when I'm doing them, my subjects, the people I'm doing it on see things like an eye. or sometimes they see what we call the ALL SEEING EYE OF GOD and many other things we see the Ancient Of Days who is a massive bearded man who looks like the men In William Blake's paintings, but when you stand before him. you are not even as tall as his toe ad he gives us warnings and advice. We see the all seeing eye of God a lot and I can make people go to see it.

BUT??? One day I bought a UFO book about Billy Mier the Swiss man who said he's been to Venus and other places with the Plieadians; and he has a blonde friend called Semjase. I was reading a book about him called LIGHT YEARS At the end Meier says something like "I have seen many many things you would not understand, I have seen the all seeing Eye of God."

When I first saw the all seeing Eye of God I had never ever heard Of Billy Meier. I don't believe this is co incidence either. There IS an all seeing EYE OF GOD and I have seen it and so has Mieier.
I have spoken to Semjase a number of times and others.

On occasions the entities have asked for a specific person to come out and talk to them. Sometime when I try to force a contact they tell me -"She is not ready for this yet or she is not meant to do it".

Men don't do it very well but sometimes I get a real idiot who wants to do it and who is ignorant and rough and I tell myself this bloke hasn't a hope and what happens is he does it better than others and it seems as if he was meant to meet me, to do this and I believe they tell him something when he makes contact. I always give people time to talk personally to the entities. They also have a hell of sense of humor.

Book of Past Life Regression Scripts