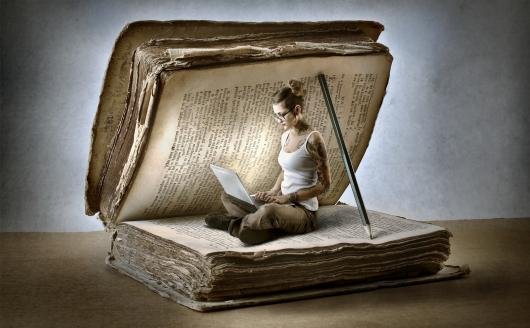 This account was sent into Hypnotic World by one of our valued visitors.  All contributions are gratefully received.

This past week I had the opportunity to see FREQUENCY. I am a ham radio operator and really wanted to see just how they managed to get a message into the past with the story they wrote. Well, the way they used in the story is impossible. Their scenario is that it was caused by an extremely strong display of northern lights in both 1969 and 1999 that caused radio signals to transverse the time barrier and be heard in both time periods. If you have to think up some reason I guess that sounds as logical as any other reason but even though I know better than to say there is something that is impossible I can say with only a slight degree of certainty that this is impossible.

If anyone could go back and change the past I think that the "saucer men" could do it. What I have seen them do would be called a miracle by anyone else. But the Weatherman always told me, "We can't change anything that has happened but we can design a release for you." This was a series of events I would go through that reversed the original series of events so I'd feel better about it, I guess.

Planning the future we did but changing the past is impossible. If it is possible then it is beyond anything I ever remember them doing. I have some examples to talk about to demonstrate that. Some time before 1968 the Weatherman walked me through a number of experiences I would have at my cousin's house in Cuba Missouri.

The first trip out there after I would start remembering my walks was during the world series in 1968. It was a Sunday when my mother and Aunt drove out there along with another of my cousins. I didn't remember walking through the situation until I was playing the "Leave It to Beaver" theme song on their kids Magnus organ. Let me say that I have always wished I could play the piano. Whenever I get near a keyboard I fiddle with it. I have learned to play several pieces of music with one finger but will never get to the point of playing with even one full hand let alone two hands.

But while I was sitting on the floor hammering out the notes to this music I released part of a dream I had while I was there in my sleep. It was the Weatherman squatting next to me. He said, "You have many complex associations, Mr. Nicolai. We're going to try to break them down for you." When that happened, I knew I was there before in my sleep. I said something to my cousin and the way she answered told me that she knew it too. But I thought I was supposed to keep my mouth shut about it because I thought that the "Weatherman" was someone who was going to do something fantastic for me. I thought he was going to set my life straight then write a paper about it and we would tour the world explaining his methods to every hypnotist's society that would have us. If I even let on that I knew there was something going on it might mess everything up.

Obviously, this is what they wanted me to think to keep a lid on the whole thing till a later date. We were watching the World Series and it was raining in Detroit at the time.

My cousin's husband wanted to show the family land he had purchased to build a house on. A lot of others went with him but I stayed because I wanted to see the game. In talking about whether or not the game would be called because of rain, my Uncle said that the Commissioner of Baseball has that decision during a world series. The game went on and was played in the rain. My Cousin returned with the family he took to see his land and I forgot about it. A number of years later I remembered what went on during that walk out to his place in Cuba.

If I had gone along to see the property, the Commissioner would have called the game. That would have been to let the other "saucer men" know that I went to see the property. Why was that important? In 1968 my cousin had just bought a piece of land with nothing on it other than trees. Land would have to be cleared to build the house. When I walked through that experience before 1968 the trees were in place. But I had other dreams out there before September, 1968. I remember the last walk I had there was for a dream that would not be experienced until 1970. At that time the house was built and my cousin was living there.

That's where the bite comes. All the dreams I walked through before September 1968 matched what happened in reality from 1968 to 1970. But in order for that to happen the trees would have had to be put back and growing so that when I really experienced it in 1968 I would see a forest, then cleared land in another trip out there then a house being built and finally the completed house. Now you tell me if they actually cleared land, built a house then tore it down to put everything back the way it was before they started so I could experience the reality or what? Did I maybe travel forward in time with the Weatherman to see the buildings as they would be in a one year time period? I honestly doubt it.

These people have a history of taking things down then putting them back exactly the same way so you never would be able to tell that a change had happened. A number of times they gave me a "dream in the basement." Our basement was always a complete mess. Old chairs were thrown around and junk littered it. But for the "dream in the basement" they cleared it out completely, I had my walk down there, then they put everything back the way it was and when I was awake I never knew there was a change. There was also a "dream on the shed" like that. Every time the building was cleared to the walls and I would have my walk in a vacant area. But this time I can explain it by saying that the people who moved the trash and stuff out were directed by someone who had total recall and could tell them exactly where and how to place each item so that it would look the same after as before.

So how did they put the trees back? I don't know. I do remember even asking the Weatherman in my sleep at the spot where it all happened if those were "trees with silver roots." So if I didn't know how they did it when I was asleep I'm sure I would have no idea of how it was done when I was awake. At other times vegetation was restored in my sleep but once that I can remember it was even restored when I was awake. In 1969 I went to a certain spot on my father's property to see that it was cleared off and the grass was cut. I thought the people who maintained a golf course next to Dad's place were maintaining it for some reason and thought no more about it. When I returned in two weeks and saw the same spot it was completely covered with weeds, other vegetation and trees where none had been just two weeks prior to that. I was visibly shaken but could not explain how it was done. In my sleep, I had walked through that experience and asked the Weatherman if they did it with Gibberlin (GIBBERELLIC ACID) but he didn't say.

These saucer men can do strange things and will do so just to make you think you are dreaming. But the thing they can't do is go back and change the past. I have seen the dates on insurance policies switch then switch back although not before my eyes. One day in 1968 I looked at two policies I had that were written by my Uncle for Metropolitan. I noticed the dates on each one. The next day I looked at them again and the dates had changed as if the policies were switched. I was upset about that but the day after that they were changed back to the original. They did that just to shake me up because there is no reason to change the dates the way they did. It was something else done only to show me the extent of their powers over reality.

Frequency was a good show and I liked it but there were too many anomalies in it. They really need someone on continuity to make that story believable. The sun spot cycle is not 30 years for starters. But other things that happened are just not consistent with the story line.

It is now Memorial Day so this is what I am doing to remember our war dead --- I guess!

This article was contributed by Mr Robert Nicolai.

nicolai@posters.com wrote:
In my case I know that all the times I have been somewhere and experienced deja vu it has been because I was really there in my sleep before I actually walked through the same situation while I was awake.


Read just how and why at: