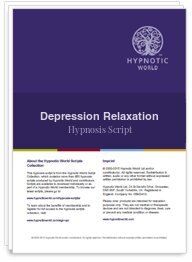 Depression is paradox, simple and complex at the same time. While treatment has become rather straightforward available treatments don't help everyone. Mood disorders are among the most prevalent forms of mental illness. Serious depression is growing common. An article in the Psychiatric Times (May 2007) states depression affects at least 13.1 to 14.2 million Americans. A quarter of those patients have chronic symptoms of varying severity making their depression more difficult to treat and more life affecting.

Symptoms of depression are; low mood, inability to experience pleasure, changes in appetite or weight, changes in sleep pattern, feelings of guilt or worthlessness, problems such as poor concentration, and recurrent thoughts of death or suicide. Studies have suggested that the recovery rate for individual suffering from depression over five years was only fifty three percent. In some studies half the patients who did 'recover' experienced a relapse within 2 years. Researchers for the STAR*D project found that more than eleven percent of patients monitored for 5 years never recovered from their depression despite receiving psychiatric care.

Does this indicate that for many people depression is untreatable? Duration of depression has been linked to age of onset.

Studies of patients with early-onset had the illness longer, experienced more episodes, greater levels of suicidal thoughts, more severe symptoms, and greater negative life consequences such as lower educational attainment and lower rates of marriage.
We are all well aware of the health risks related to depression. We know that feeling 'bad' day in and day out, feeling depressed and stressed is directly linked to the development of illness and disease. The body and mind are intertwined with one another through millions of on-going chemical processes. We know-- it has been proven scientifically-- that when you relieve mental stress your body heals. We also know that getting free of depression has the same effect as releasing emotional or mental stress.

The process of getting free of negativity usually happens in layers, the reverse of how negativity piled up in our minds and hearts over time. During each attempt we strive to let go of as much locked up negative emotion as possible.

Hypnotic World hypnosis scripts provide therapeutic post-hypnotic suggestions and conditioning designed to guide clients out of the maze of negative thoughts and depression. Clear suggestions given under hypnosis stimulate the individual to carry out actions once hypnosis has been terminated. This is referred to as "posthypnotic phenomena." Unlike conditioned reflexes built up over periods of depression, posthypnotic phenomena do not require the extreme amount of repetition normal conditioning does.

In addition posthypnotic phenomenon or hypnotic conditioning is longer lasting, according to experts. Although there is a gradual decrease of posthypnotic performance, occasional reinforcement can sustain the desired effect indefinitely. This is the opposite of the results of depression treatments which either don't work or lose efficacy over time. Unlike other therapies for treating depressions this hypnosis script for depression is designed to engage the positive reaction over and over again. With regular reinforcement the effect of posthypnotic phenomenon will not weaken and fade.

This depression hypnosis script engages change-work in the form of hypnotic suggestions. The steps of this hypnosis script for depressions are organized to uncover and release existing hidden resources for resolving problems. The first step this hypnosis script for depression addresses is viewing the problem from a different perspective. The detached emotional state of hypnotic trance provides the ideal circumstances to view depressive symptoms from a variety of positions. This enables the client and therapist to delve into the situation to discover any hidden positive potentials that may be embedded beneath this conditioned depressive reactions.

Hypnosis creates an opportunity to think about depression symptoms as maladaptive strategies for fulfilling some need or desire of the individual. This hypnosis script for alleviating depression identifies the deeper need or desire that is not being address by current strategies. This simple observation can allow clients to change the way misdirected resources are applied to create resolution.

The use of hypnosis is very appropriate for counteracting depression symptoms, strengthening the ego, and restructuring cognitive behaviors. Hypnosis is an effective adjunct to any treatment program for depression enabling clients to experience success quickly and without complication. Each happy, successful client is a living breathing recommendation for your services and our scripts.

This script is designed for people who feel...

Help clients to let go of anxieties with...

Use glove anaesthesia to overcome gagging...

Help clients to take their mind off a guilt...

Overcome those morbid thoughts with hypnosis.

Help clients to visualize ending those...

Release Negative Emotions with this...

Overcome negative emotions with this...

Help clients to relax with Post-Traumatic...

Overcome negativity and gain a positive...

Learn to cope successfully with stressful...

Manage your stress and lead a healthier life...

Help clients to put those worries behind...

A relaxing way of washing away all the...

Relax with a comfortable, de-stressing...

Learn to ignore stress with hypnotherapy.

More in Stress and Anxiety

More in Stress and Anxiety