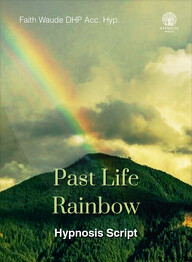 Have you ever wondered if you have lived before?

Regression is such a fascinating subject - after all we are naturally interested our roots - where we come from - how we evolved - and to extend this to a previous incarnation and discover whom we were and what lessons we learned from that life can help us enormously in our spiritual growth.

Did you know that over 75% of the world population believes in reincarnation?

Many of these people are extremely intelligent and have experienced evidence in some form or other that has convinced them that the spirit does not die.

As a qualified Hypnotherapist for almost 20 years I have also witnessed regressions which go beyond belief - (that is - beyond the believe system that many rational, scientific people hold).

Most regressions do not result in someone having lived before as a king or queen or a celebrity - (if that does happen then it is usually probably a delusion).

Your spiritual journey into the past can reveal many reasons for the way you keep making the same mistakes, time after time - the reason why you always seem to be attracted to the same type of person - the reason for everything that is a lesson you have not yet learned.

If you would like to learn more about yourself then travel back into your past with this Past Life Rainbow Regression script.

Help clients to discover who they were and...

Adapt this Past Life Therapy Leaflet to...

Discover the source of trauma and its...

Regress clients and help them to uncover...

Automatic Writing may conjure up images of...

Back to the Womb

Take clients on a regression journey back to...

When using candles to induce hypnosis,...

Regress to a previous time of celebration...

The Chakra Regression script is followed by...

The Christos Technique is a little known but...

This is a creative visualization designed to...

Help your clients to learn the lessons from...

Step into the future and see where your...

Help your clients to project their mind into...

Step into the hall of mirrors and see...

The four aspects of Karma are: Cause and...

Enable clients to visualize changing the...

Gather the memorabilia of your past life...

Take a journey on the path of life and meet...

Hypnosis Scripts for Past Life Regression and Progression