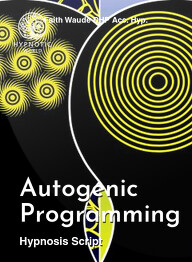 An accepted theory among those in the hypnosis community is that the more intelligent someone is, the more susceptible they will be to hypnosis.

While this is the case, there are a number of other factors that play a role in someone's ability to accept suggestion while in a trance state. A person's motivation, self-awareness, and scepticism are also going to play a role their susceptibility.

Hypnosis is a trance-like mental state that is induced by an organized pattern of verbal suggestions that begin with the suggestion of relaxation. Hypnosis can be performed by a trained therapist, or you can induce a trance upon yourself in the act of self-hypnosis. Through hypnosis, you can learn new skills, break old habits, or become a better person. But there are some that are reluctant to hypnosis for a variety of reasons.

One of these most accurate ways of defining hypnosis is to consider it a type of guided meditation. There are many times when you enter a hypnotic state listening to music or watching TV. The feeling may be familiar to us without even realizing it. But the act of being hypnotized may still bring about a feeling of control loss in many that do not totally understand how it works.

Many believe though that by entering a state of hypnotic trance, they will be giving up control. This may be why they are reluctant to participate in hypnosis, regardless of how it might benefit them.

Maybe they have a habit they want to break, or they want to learn a new skill. Maybe they just need assistance relaxing and letting go. All of these things would make them a better person if they could master the skill, but they are afraid to relinquish control during hypnosis.

We do not give up control of our minds when we are engrossed in a movie or TV show. You were literally in a hypnotic trance, although you still had the power to emerge from that state if desired.

While your mind is focused and being guided toward certain emotions through the material, you are still in control. While someone could be tricked into giving up control of their mind, they are probably entering the situation without much control to begin with. The mind is not going to do anything it does not want to do. The only time you would be in danger during hypnosis is if you are working with an unethical therapist.

If this is something that concerns you, it would be a good idea to try self-hypnosis and use this script autogenic programming to become comfortable with the feeling of being hypnotized.

Once you are aware of what the condition of hypnosis feels like, and how you can still maintain control in the trance-state, you will be more comfortable opening yourself to suggestion that will enable you to grow and learn.

This script will help you or your client realize two things. First, you will come to understand that by undergoing hypnosis, you will not be letting control go. You are still completely in control and at any time you can bring yourself out of the trance if the need arises. This means that while you are highly suggestible, deep in your subconscious you have control of what you are doing and hearing and you will protect yourself against harm.

Once you have come to believe this realization, you are ready to try hypnosis. This script is specifically designed to induce a trance very slowly, and you or your client will be welcomed to take your time and get comfortable with the idea and feeling of being hypnotized. One of the most important aspects to allowing yourself to be hypnotized is relaxing and being confident that you are safe and ready to explore. Those that are uncomfortable with the idea of being hypnotized, but would like to reap the benefits of hypnosis, will be happy they have found this script. This script offers a whole body experience, and once you have tried it, your body will be relaxed and your mind will be open to hypnosis.

Create numbness with glove anaesthesia and...

Visualize melting away those pain symptoms...

Learn to relax completely with this...

Relax with that pain with the power of...

Relax with Pain Effectively with this...

Help clients to relax with that pain with...

Visualize controlling that pain with the...

Help your child to successfully relax with...

Help clients to wear dentures with ease and...

This River of Life script is useful for...

Visualize easing that pain with the...

Visualize Easing Away Back Pain

Help clients who suffer from back pain to...

This script is designed to relieve any type...

Visualize easing away your discomfort and...

Help your clients with pain management with...