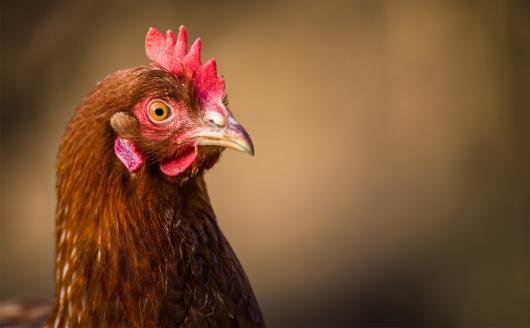 There is evidence to suggest that many (if not all) animals are susceptible to hypnosis and this section explores some of the research which demonstrates that hypnosis is indeed a natural phenomenon within the animal kingdom.

As this is a new section of Hypnotic World and we are still gathering information about evidence of animal hypnotism, we welcome any contributions for consideration of publishing on Hypnotic World.

Susceptibility to animal hypnosis is an inherited trait but is also partly determined by an animal's rearing, as shown by Moore and Amstey who conducted experiments with sheep and goats, some of which had been reared by foster-mothers when young and others that were reared normally.  The foster mother animal experimental group proved less susceptible than the latter group but this was considered to be partly due to the fact that the fostered animals did not develop the same normal reactions.

It has been demonstrated that chickens can be hypnotized by holding them still and drawing a chalk line on the ground away from the beak. One explanation given (Experimentum mirabile de imaginatione gallinae Kircher) for this was that the birds imagined that they imagined themselves to be held fast by the chalk line, as by an unbreakable fetter.

The chalk line has subsequently been found to be totally unnecessary.  The best way to hypnotize a chicken is to hold it firmly on its side on a flat surface for around thirty seconds.  Although the bird will struggle initially, it will suddenly become completely still, the muscles may become stiff and assume a waxy flexibility - remaining in any position you care to place them.  This immobility can last from one minute to up to two or more hours with the bird lying inert, until suddenly it will give a few little squawking sounds before rising to its feet and running away.

H B Gibson, in his book Hypnosis - its Nature and Therapeutic Uses - states that the record period for a chicken remaining in hypnosis is 3 hours 47 minutes.  When the chicken's eyes are closed it is likely to remain hypnotized for a longer time length.