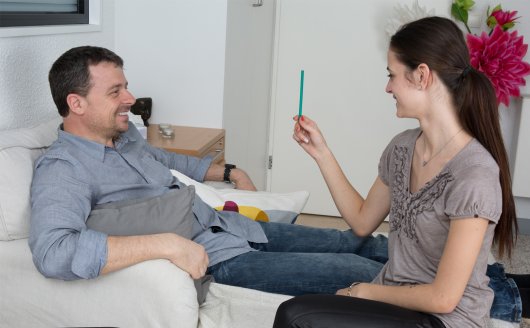 Hypnosis, as defined by the American Psychological Association Division of Psychological Hypnosis, is "a procedure during which a health professional or researcher suggests that a client, patient, or experimental participant experience changes in sensations, perceptions, thoughts, or behavior."

Any definition is necessarily vague, as the underlying mechanism is little understood. Some theories view hypnosis as an altered state of consciousness, others as a type of focused attention. Psychologists have recently researched hypnosis and found a strong correlation between the ease of putting someone in a state of 'hypnosis' and their level of suggestibility. Generally, under hypnosis people become more susceptible to suggestion, causing changes in the way they feel, think, and behave, although contrary to popular belief they do still remain theoretically in control of their actions. This suggestibility has led some psychologists to believe that hypnosis does not actually correspond to any underlying mechanism of the human mind, but is merely a social construct so well-known that strong social expectations are played out by the person who believes that they are in a state of hypnosis, with people behaving in a way that they think a hypnotized person would behave, placing the phenomenon in a purely social aspect.

However, some controlled scientific experiments seem to suggest that hypnosis may change conscious experience in a way not possible when people are not under hypnosis, at least in "highly hypnotizable" people. For example, according to one of these experiments, color perception was changed by hypnosis in "highly hypnotizable" people as determined by positron emission tomography (PET) scans. Other claims that hypnosis has been used with variable success for hundreds of applications, including entertainment, analgesia and psychoanalysis are widespread and well-documented.

Hypnosis also generally stimulates a feeling of relaxation, and this has helped its development into a therapy  hypnotherapy  although some of the treatments practiced, such as regression, are viewed by some with skepticism. It is claimed that when participants are put through the process of regression, they may invent false memories due to the social expectation placed on them. These memories cannot therefore be held to be reliable.

Hypnosis has further been described as "The suspension of the critical factor" which expands on the idea of "increased suggestibility". A person who claims to be hypnotized sometimes appears to accept statements as true that they would normally reject. For example, statements such as "you have forgotten your name" would not normally be accepted, but under hypnosis people do claim that they do not know their own name. It appears as if the hypnotized participant accepts the authority of the hypnotist over their own experience. When asked afterwards some participants appear to be genuinely unable to recall the incident, while others would say that they had known the hypnotist was wrong but at the time it had seemed easier just to go along with his instructions. Some hypnotists would claim that this showed the difference between a deep and a shallow hypnotic trance while skeptics would question the validity of the demonstration.

Those who practice hypnosis claim the hypnotic state is fairly common and in some ways cannot be distinguished from intense concentration when awareness of one's surroundings is lost. They quote as an example the experience, when driving, of suddenly finding oneself much further down the road without any memory of driving the intervening distance. Similarly, when a person is watching television and focuses so intently on the program that he/she ceases to be aware of the sides of the screen.

Both these descriptions suggest the nature of hypnosis although any definition offered is necessarily vague and unscientific in description. While many of the attributes of hypnosis may be well grounded in science, many other claims are commonly thought to be pseudoscience. Furthermore, as with most forms of therapy, there is always the risk of the Hawthorne Effect, the desire for a client to please the therapist or justify the expense of therapy, or hopeful thinking.

Hypnosis is usually brought on by a hypnotist carrying out an induction procedure. Different people respond more or less successfully to suggestion. Some people do seem able to display 'enhanced functioning', such as the suppression of pain, under hypnosis. However, studies suggest that these qualities are not exclusive to hypnosis, and it is the drama and fantasizing that encourages the behavior.

Experienced hypnotists claim that they can hypnotize almost anyone with the exception of the very young, the very elderly and people with a very low IQ, particularly those with an inability to concentrate. Intoxicated people would also prove very difficult. They also claim it is a myth that people with strong will power cannot be hypnotized, as they claim these generally make the best participants. Hypnotism depends upon the cooperation of the hypnotist and the participant; when a person with strong will power decides to cooperate with a hypnotist, hypnosis can occur. Alternatively, since hypnosis does depend on cooperation, no one can really be hypnotized against their will (Liébault). Being a hypnotist is not a source of power over other people.

Many religious and cultural rituals contain many similarities with techniques used for hypnotic induction and induce similar states in their participants.

Self-hypnosis  hypnosis in which a person hypnotizes themselves without the assistance of another person to serve as the hypnotist  is a staple of hypnotherapy-related self-help programs. It is most often used to help the self-hypnotist stay on a diet, overcome smoking or some other addiction, or to generally boost the hypnotized person's self-esteem. It is rarely used for the more complex or controversial uses of hypnotism, which require the hypnotist to monitor the hypnotized person's reactions and responses and respond accordingly. Most people who practice self-hypnosis require a focus for their attention in order to become fully hypnotized; there are many computer programs on the market that can ostensibly help in this area.