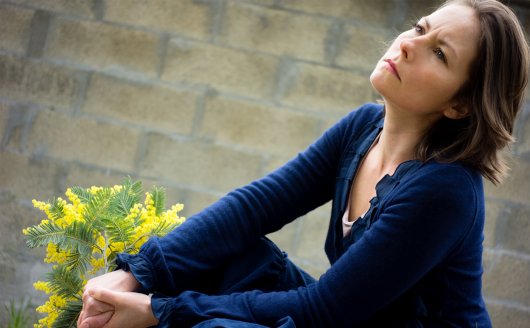 I previously gave a consultation to a client who was interested in having Gastric Band Hypnotherapy. I discovered that she suffered with type 2 diabetes and is insulin dependent. She has sleep apnoea, needs to lose 14 stone to have a healthy BMI and also suffers with general aches and pains due to her weight. In her consultation, she told me that she eats a healthy breakfast, then everything goes wrong. On a daily basis, she eats chocolate, cakes, takeaways and drinks alcohol. I asked her why she was eating this way, especially as she had diabetes. She said that she was just bored and in a habit. However, using my NLP skills, I knew that this wasn't all. I asked her a few more questions about her lifestyle, chatted about her children and then she told me everything.

She said that she was physically and verbally abused as a child. Her father hit her all of the time and her mother let him. Her first husband forced her to have sex and he also hit her, her second husband did the same and told her daily that she was useless. The only person she could go to and felt safe with was her Grandmother. When I asked about her gran, she began to cry and said that she missed her so much. Here was the problem, she felt that she didn't get to say goodbye to her gran when she died as the rest of the family were around her bedside. Since then, my client has gained weight, eats to comfort her pain and also drinks alone.

I thought about the best approach to deal with this client. I could help her to deal with the loss of her beloved Grandmother. I could regress her and help her with the abuse she suffered as a child. Or I could help her to overcome the pain she suffered from the abuse of both her husbands. Either way, I knew that giving her gastric band hypnotherapy was not an option at this time as it simply wouldn't work.

After bringing the subject of her gran up again and seeing the pain and tears flow, I knew that she had to say goodbye. So i did a progressive relaxation with her as she was nervous because she had never had hypnotherapy before. Also, I wanted to ensure that she was relaxed. Due to her sleep apnoea, I sat her upright and didn't take her too deep. I then used a saying goodbye script and allowed her time to let her emotions out and say what she needed to say. It was powerful and emotional. (I had to fight back the tears) When i counted her up, she opened her eyes and smiled, she said that she felt at peace, relaxed and empty. When i asked her what she meant by empty, she said that she didn't have that pain in her chest anymore. She felt as though she had already lost a few stone as the weight of her pain pulled her down.

She has been back to see me and I have given her hypnotherapy to stop eating chocolate and reduce alcohol as well as making correct food choices. ( I have a few diplomas in nutritional science and nutritional needs with diabetes, so i am able to instruct her on her food choices, especially with diabetes) She has already lost 2 stone and I am sure that this is because she is now free from the pain that she was holding around her grandmother.

I wasn't sure if i still needed to approach the abuse or confidence, but since dealing with her pain of her gran, everything fell into place.