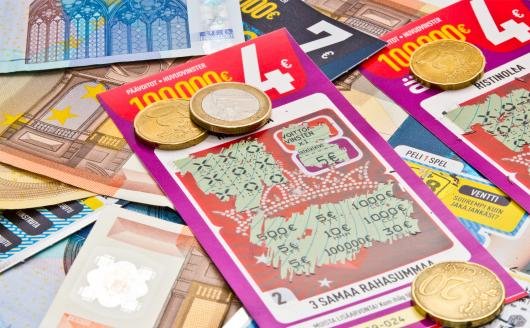 Memory of a lost scratch card (Photo by © termis1983 - stock.adobe.com)

With the awareness of false memory syndrome many psychotherapists now believe that hypnosis has no value when it comes to recovering lost memories. That is not always the case though - we can 'forget' something whilst in a state of shock, or whilst intoxicated, or under duress, and we can remember when we 'return' to that experience. Hypnosis is the key to the subconscious mind and can help even the most forgetful of people.

Lucy sat down in my office one Monday morning and began to tell me the story of how she had lost a £30,000 winning scratch card! She, her mother, sister and brother in law had pulled up at a garage for some petrol and as usual Lucy bought a scratch card, joking as she handed it to her sister to inspect - "Sharon look, have we won the jackpot?"

Sharon told her sister they had two £30,000 boxes and a treble but didn't think it was a winner, Lucy stuffed the scratch card into her pocket.

The next day Sharon phoned her sister excitedly, "Lucy, you know that ticket, well it is a winner, we've won £30,000."

"Never, I don't believe it." was Lucy's reply, she dashed off to recover the scratch card - but it was nowhere to be found.

As Lucy sat across from me she was becoming more and more agitated. All this had happened two months ago, she had searched everywhere for the ticket but it was nowhere to be found, as a result, her sister had had a nervous breakdown and Lucy herself was a wreck. She had never had much money, had always worked so hard for other people and she couldn't believe that this had happened to her. She had contacted the scratch card company's operators and explained what had happened and they told Lucy that if she could find out from which batch her ticket had been purchased and it tallied with an unclaimed winning scratch card they would honour her claim.

Feeling jubilant for the first time in weeks Lucy contacted the garage where she had bought the card from and obtained their co-operation in finding the batch number. Then she wrote back to the company and awaited her cheque.

However it was not to be. According to the company no such winning ticket was in that particular batch. Lucy and her sister plummeted down again. She told me she had been sure that she had bought the ticket from that garage; she brought a plan of that day's activities but now doubted her own memory. Had she really bought a ticket or was it all a bad dream?

"Please, please help me to remember exactly what did happen that day," begged Lucy, "if I really didn't win then that's fine, I just want to know for sure."

Lucy sat back comfortably in her chair while I hypnotized her. I took her back to that fateful day and questioned her carefully about the purchase.

Her story tallied with the original one. She recalled in detail visiting the garage, purchasing the ticket, her sister examining it and everything else.

I gave her a post-hypnotic suggestion to remember anything else relevant to the winning scratch card and Lucy discussed her experience with me before going home.

An hour later the telephone rang. It was Lucy.

She told me that she had gotten into her car to go home and had to stop about five minutes later. She described her experience as being:-

"like a curtain suddenly lifting in my mind and I saw myself at the supermarket where I was meeting my sister and her husband. They were late and I went inside for a packet of cigarettes and it was there that I bought that scratch card. I put it in my pocket and later at the garage I purchased another card which I also put in my pocket.

In the car I took out the scratch card containing the two £30,000 boxes and the treble sign, this was the one I asked Sharon to look at. The other card was a loser and I just crumpled that up and put it in the ashtray, emptying it later. Everything is crystal clear now........."

I wish I could say there was a happy ending for Lucy but unfortunately the scratch card company operators refused to do another batch check for her, they took the opinion that she was another neurotic time-waster, trying her luck. Lucy was adamant this time that her memory was spot on, and she continues to fight her case.

When working with recovered memories it is important to be aware of the possibility of false memories or ones intimated to a client whilst in a highly suggestible state. Never lead the client inadvertently or otherwise, and if possible, have the recovered material verified by someone who was there at the time. interestingly, Lucy had been in the company of three other adults, all of whom had blotted out crucial parts of that memory. Lucy returned to the supermarket where she had bought the scratch card and, although the assistant who served her could not recall the purchase, Lucy also remembered briefly acknowledging an old work colleague who was now employed by the supermarket, and this encounter was verified, which proved that, regardless of whether that was a winning ticket or not, she had recalled, with a post hypnotic suggestion, part of a true memory.