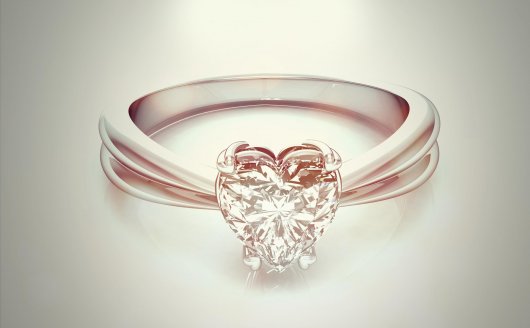 Needless to say, when she and her husband arrived at my office she was upset and said she was willing to try anything to recover it. I explained that there was no assurance that a hypnosis session would be successful in helping her to find her ring, since there might be other variables involved such as theft. I also explained that while I could not promise that she would find her ring, I assured her that her subconscious mind had a record of her last contact with the object and hypnosis could be useful in bringing that memory forward.

In our pre-talk I asked her to give me every available detail about the morning she lost the ring. Since it had happened on the previous Sunday, many of the details were still fresh in her mind. I had her recall what she was wearing, where she was, details about her movements, what the weather was like.

She told me that after she realized the ring was missing, she began a frantic search. She and her husband had lifted the carpet, looked under every bit of furniture, gone through every bit of garbage, even followed the dog around thinking he may have swallowed it.

They even searched every inch of their vehicle. The ring was no where to be found. I asked Natalie if it was possible that the ring may have fallen from her finger, or if someone else might have taken the ring after she put it someplace in her home. "No" was the answer to both questions.

I began the hypnosis session. Using the "finding a lost object" script from Hypnotic World as a framework, I slowly guided Natalie through the events of that Sunday morning, questioning her about her every move. For most of the session, I used a very gentle, permissive tone of voice. But when I got to a critical point, my tone of voice changed to a more demanding, authoritative sound.

"What happened next?", I asked Natalie.

She said she took her baby into the bathroom for a bath. "Then what? Take your time." I continued. She said, "I took the baby from the bathroom to the bedroom, laid her on the bed, there were no sheets on the bed because I was washing them". In a firm voice I asked, "What happened then Natalie? Did you take off your ring then?". In a firmer voice, I repeated, "Did you take off your ring when you laid the baby on the mattress?".

"Yes!", she replied. "What happened then?", I asked. "I dressed the baby, than I got the bed sheets out of the clothes dryer and made the bed." I ended the session, bringing Natalie to a full waking state. I looked at Natalie and her husband and said,

"You guys have been sleeping on your ring since Sunday! The ring is between your top bed sheet and the mattress!".

Natalie and her husband could not get out of my office fast enough! They returned home to find the ring exactly where I said it was. Natalie called me immediately, she couldn't believe it!

All the searching that this young couple had done was for nothing. All the while, the answer to her question, "Where's my ring?!", was in her subconscious mind. I was pretty impressed myself!

When Rue returned to his home in Louisiana, he found the number one questioned he was asked regarding hypnosis was, "Can you hypnotize me to quit smoking?". While he embarked on a career as a stage hypnotist, he decided to take the National Guild of Hypnotists Certification course and added Hypnotherapy to his career in June of 2001. In addition to performing on a regular basis, he has developed a Hypnotherapy clientele that numbers in the hundreds.

His Hypnotherapy business, under the name "Acadiana Hypnosis" has attracted clients from not only Louisiana, but neighbouring States as well.

“I find the selection of scripts provided excellent. I am enjoying going through them. I have used several so far on my clients and they work a treat.”
John O'Toole