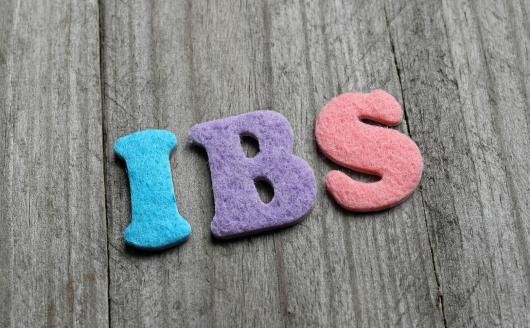 As most sufferers of Irritable Bowel Syndrome (IBS) know, this is a distressing symptom that causes stomach aches and pains and the frequent need visit the toilet can make going out a traumatic experience.

It is a condition that can be helped immensely with hypnotherapy as my most recent case proved. Nadia was typical of many IBS sufferers that I have seen. A pretty 21 year old girl, apparently confident and outgoing, Nadia's social life was virtually non-existent. She hated visiting new places in case she couldn't find a toilet and planned her trips around places where she felt safe.

Whenever an outing was imminent she became even more nervous and this caused cramps and pains in her stomach. Nadia carefully watched her diet and had tried medication from her GP which did not seem to help.

I made notes about her background and history before we commenced with therapy. She had recently quit her job because of this problem and hypnotherapy was a last resort. Nadia had had a fairly happy childhood and there were no others issues in her life at the moment. Her parents had divorced when Nadia was a baby and her mother remarried when Nadia was four. The marriage lasted around 5 years and that was the only period of her life when she felt really unsettled. However the IBS had commenced 18 months ago when a relationship had ended; Nadia did not feel that this had any connection with her problem as the relationship was starting to wrong anyway.

Nadia told me that she was thinking about going to the toilet all the time. So I figured that getting those thoughts out of her mind would be the immediate solution, followed by exploring the cause of her problem.

We used a progressive relaxation technique, followed by a staircase induction and suggestions that she could 'forget things naturally - just like she'd forgotten about the shoes on her feet until I reminded her - she could forget about going to the toilet unless she really needed to'.

When Nadia came out of hypnosis she told me that she had seen herself on the staircase as a young child. At this sight she felt quite anxious, which had been apparent to me, but she overcame that feeling as she went deeper into hypnosis.

Nadia came back one week later, jubilant that the suggestions had worked, she was able to visit town and friends' houses with no thoughts of going to the toilet and no stomach pains. However there was one area in which she still felt uncomfortable and this was when friends visited her house. She felt unable to leave the room whilst they were there which created a nervous stomach.

The second session consisted of regressing Nadia to cause of symptom and she was a good subject who readily entered into hypnosis. Using ideomotor techniques we identified that Nadia's problem began when she was four years old. It was the day that her mother had remarried and her stepfather began his regime of mental and verbal abuse towards Nadia and her brother.

Several other incidences emerged which Nadia was able to redress in hypnosis. She 'challenged' her stepfather in a gestalt type visualization and we also used inner child techniques to comfort her and strengthen her feelings of self-worth. We also used confidence building as this had been destroyed by her stepfather, and later, role-play to be able to say to friends who visited the house that she was just leaving the room for a few minutes, should she need to.

Nadia's third and final session consisted of reinforcing suggestions already given, and teaching her self-hypnosis. There were several other processes which I had considered using, such as healing the stomach pains, but as her symptoms had completely disappeared this did not seem necessary.

Two years later Nadia is still free of her symptoms of IBS.

Clearly every client needs a unique approach depending upon the cause of their problem and not all will respond as well as Nadia. However I hope this offers encouragement to both sufferers of IBS and therapists who are using hypnosis to help their clients.