Overcoming a Fear of Operations with Hypnosis: A Case History 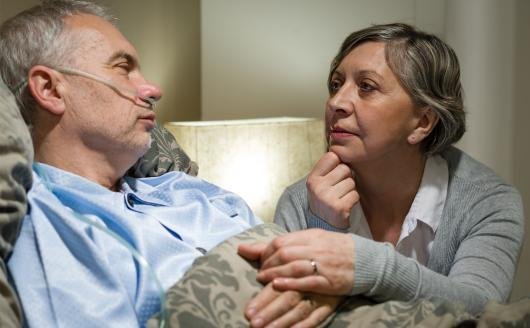 Clients who are afraid, in pain or extremely nervous are already in the early stages of a hypnotic trance and so induction can be very quick...

Stan was visibly shaking as he told me about his forthcoming operation. He was due to have a hernia operation but was totally convinced that he would not come out of it alive.

He told me that an ex-work colleague had died during an operation a few years ago and wondered if that was the reason for his fear. He then went on to explain that his colleague was in fact 78 years old (hadn't worked for years) and had a very weak heart.

Considering Stan's fear had been with him for most of his life I said I thought there could be some other reason for that fear and we would do some regression work to find out.

Because of the excessive apprehension he was feeling at the prospect of his forthcoming operation, Stan was already in an altered state of consciousness whilst describing how he felt.

He took about 9 seconds to go into trance. I set up the finger signals and asked his unconscious mind when his fear had begun.

He indicated the age of 5. I asked if he was alone, he said no, his mother was there. I asked him to go back to that scene and review it, with an adult perspective.

After a short while Stan opened his eyes.

"Well I know exactly what it was, and I'd completely forgotten about that incident," he went on to explain, "I was at the dentist with my mother, she was having an extraction and she suddenly started screaming and screaming. I was terrified."

Stan laughed, "to think all these years that's what's been bothering me. I feel so good now, I know I'll be fine."

I had Stan project his mind into the future and see himself recovering well after his operation. I also asked him to phone me afterwards to let me know how he'd got on, although we both already knew he'd have no problems whatsoever.

Sure enough, Stan phoned to tell me the good news a few days later. He'd enjoyed being in hospital and getting all the attention and the operation went smoothly, he felt he'd completely got over his fear, in just one session of hypnotherapy.