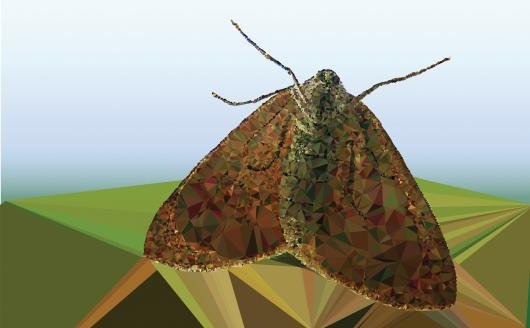 Hypnosis can have an advantage of traditional psychotherapy as it usually works far more quickly and allows the subject to 'root out' the unconscious fears that are responsible for phobic conditions..

Julie came to see me about two years ago. For as long as she could remember she had been afraid of moths to the point where she couldn't stand to even look at one. She told me that she had been seeing a psychiatrist for about five years to try to resolve her problem which was no nearer to resolution than when she first attended.

During the first session I helped Julie to relax, something which she told me she always had great difficulty in doing. She was given some post-hypnotic suggestions to feel better and go even deeper into trance next time.

On Julie's second visit she told me that she had been feeling better than she could ever remember. Using ideomotor signals we discovered that her fear originated from the age of about a year. I regressed her back to that age and after a few moments she began making brushing movements across her nose, which was followed by a long series of wails. Julie's husband, Mark, who had accompanied his wife, was most alarmed, and when I spoke to Julie she was quite incoherent. I told her that everything was alright, she would not be afraid of moths or any other insects any more and that when she awoke she would remember in detail everything she had experienced.

When I brought Julie out of trance she was smiling. She recalled standing up in her cot as a baby, having woken in the night and was crying for her mother when she felt something fluttering around her nose. This incident had intensified her anxiety and made her cry even louder. Even so, Julie was relieved to be closer to the origin of her phobia and on her third visit she told me that she felt her fear had dissipated completely.

Using ideomotor techniques again to discover whether any other incidents were involved with this fear we discovered another occurrence at the age of six. She regressed back to a time when she had been left alone in the house for a short period whilst her mother was out shopping. Deciding to explore the house she went into the attic where she found an old box. When she opened the box a moth flew out and straight into her face. From that point on moths were anchored to that original traumatic experience and her phobia commenced.

On Julie's fourth visit she informed me that she had, a couple of evenings previously, been sitting out in the garden with Mark when a very large moth flew very close to her face. Both Mark and Julie were extremely pleased with her calm reaction and she felt she had no need of any further sessions.

A year later Julie telephoned me to let me know that she had not only been completely free from her phobia, but also that she had become much more relaxed in general and her confidence had improved greatly.