Fear of Flying: A Case History 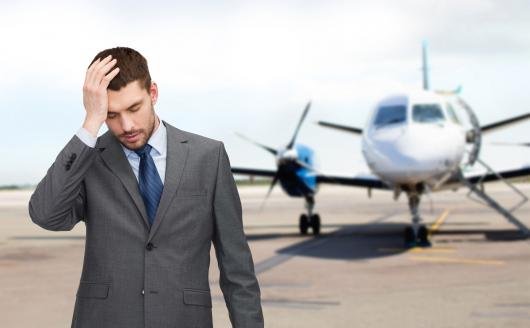 Man with fear of flying (Photo by © Syda Productions - stock.adobe.com)

When we work using regression we regularly see the most extraordinary results very swiftly. Suddenly things become plain to the client and they understand why something happened. Subsequently their ability to manage their issue becomes very much more easily understood.

Dave Elman's book, Hypnotherapy, provides a good roadmap for anyone using regression generally to manage an issue. However the pattern occasionally swings out of the norm. Typically an incident in the recent past is associated with an incident in the clients' early life that had traumatic elements and introduced stress and anxiety. By reframing the earlier incident the issue in the recent past is resolved " and future occurrences defused. This is not an unfamiliar process to most hypnotherapists.

A client saw me recently about a fear of flying that put a rather unusual twist on regression. The client has been growing increasingly distressed with air travel. Recently he felt overwhelming anxiety on a plane heading to the east coast, and embarrassingly needed to be handled by flight crew. This is entirely out of character in what is a skilled professional at the front of his industry.

In pre-talk several points came through:

Once in hypnosis the client went swiftly to the moment of discomfort in the flight. They showed a clearly elevated heart rate, and visual displays of fear. He described his fears well, and there was no question that this was an extreme response. I then regressed the client to the first incidence of of similar feelings. I would expect this to be in early childhood.

To my surprise the client opened his eyes and sat bolt upright staring into the middle distance. He regressed not to childhood at all, but moments before the flight left.

"I've got it," he said. "It was in the terminal. It was an hour before. I was saying goodbye to my fiancee. I was afraid because I was leaving her with her sister who has all these problems. I was afraid for her. It reminded me of my parents. It was as though I was my father leaving my mother, when I was sick."

Around this time the client had come out to the west coast to find work, with no idea at all if he would be successful. His fiancee was very worried about their prospects. Additionally his fiancee's sister was essentially in his charge. As a man of 30 years old, he found himself in the position of a husband and father with a sick child (the sister being 12 years old). The departure at the airport was almost a re enactment of a situation with his parents as they separated when he was 12, with the roles switched around and he was cast as his father.

I suggested he go and reassure his fiancee as demonstrably as possibly, for her but also his own good. He was quite a reserved person, but could see that this would lay to rest some of these anxieties. He knew now that this was something that could be easily managed and understood. It is truly wonderful when a client leaves the office so elated and relieved.