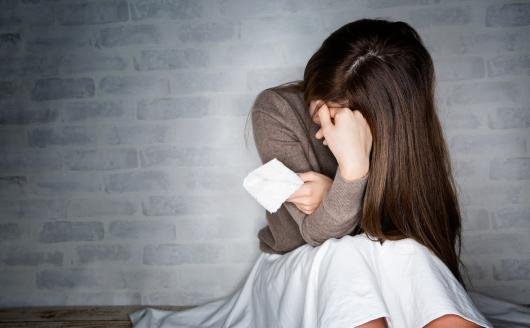 Carl was in his early 20's and too embarrassed to discuss his problem over the phone when he booked his appointment, however he stressed that it was urgent that he had help, as it was affecting his life to the point where he couldn't think of anything else.

He was a tall, intelligent, attractive guy and duly filled in his 'consent form', stating his problems to be depression and stress.

Carl told me that approximately 3 years ago he found a lump on one of his testicles. He consulted his GP who arranged for a series of tests to be carried out by a hospital specialist and the lump was found to be benign, however this reassurance did little to stop his worrying and he checked himself 2 or 3 times a day for the following 3 years.

It was now getting to the point where he was becoming obsessive about this. He had no social life, couldn't concentrate on his studies and was worrying all the time.

I questioned Carl to find out if anyone he knew or was close to had suffered from any serious problems around the same time as he had discovered the lump and said no. None of his relatives or acquaintances had experienced testicular cancer or any related issues. There were no obvious clues so I used a variation of the Silver Sack Negativity Script - whereby whenever the thought entered his head about checking himself he would put it into the sack.

I also gave him suggestions that instead of checking himself twice or three times a day, he did it once a month. My reasoning was that if there was a lump there then I didn't want him to just ignore its existence just in case anything did develop that needed medical intervention.

We arranged a following appointment which I needed to re-arrange, so I phoned Carl and asked how he was. He told me that he was feeling lots better, but there was something else that had occurred to him which he needed to speak to me about, so we arranged the follow up appointment for a day later.

When Carl walked through the door he looked so much calmer than the first time I saw him. He was totally at ease and we discussed his progress.

He said that the first session had helped enormously (and the Silver Sack Negativity CD that I had given him to listen to), however the thought of his problem would enter his head very occasionally and when it did it hurt a certain part of his head - but soon passed.

He also revealed that 3 years ago (just before he discovered the lump in his testicle) a neighbor had died of a brain tumor whilst driving. She wasn't much older than Carl is now and he hadn't really paid much attention to her death at the time.

We discussed Carl's feelings on death. He accepted that it was inevitable and wasn't afraid of dying but he didn't want to die young. He also revealed that his grandfather whom he was very close to, had died a few months previous to the intensification of his worrying.

I already knew that Carl was a good subject for hypnosis as he had made an awful lot of progress after just one session (which he admitted to me that he was very surprised about). This knowledge made me feel confident about using ideomotor signaling and so I set this up with Carl (yes, no responses).

After obtaining permission from his subconscious mind to go back into his past to discover the cause of this problem I proceeded by establishing the year that it had begun, why and where - going back to the root cause.

His subconscious mind confirmed that this was a psychological problem (rather than purely physical), however he needed to go back to see his GP for one last reassurance. It also informed me that the problem was connected to his neighbors death and the discovery of the lump a few weeks later. So I asked him to create a white screen in his mind (verifying every step of the way that he was successfully carrying out what I was requesting). Then I had him use images or symbols or whatever felt right for him - that related to his original anxieties - and to project these all onto the screen.

Once he had indicated that he had done this I did the usual 'this screen has been attached to you by ropes or strings - find a knife or scissors and cut through it - and feel yourself being freed from all those previous worries, etc. etc.'

Carl was then asked to imagine himself shrinking and entering his head so that he could erase the part of his mind that hurt, followed by a trip to the control room of his mind where he could see a switch or dial labeled 'worrying' and turn it down. There will be times when it is appropriate for Carl to become worried about something so that he will attend to it, so the switch wasn't turned completely off. Instead I pointed out that he was a sensible young man and would instinctively know if something needed attention and he would seek help.

I then used future progression to allow Carl to experience himself as an old man. My reasoning behind this was that if he could see himself surviving to a ripe old age then he would know that the worries he had been experiencing were temporary ones. From this vantage he could look back over the years and see the various stages - as he was in his early 20s - worrying needlessly - five years later he would be in a job that he enjoyed - ten years later he might be settled with a partner he loved, perhaps even children and later still, a nice house and car and enjoying holidays, etc. etc.

The treatment worked well. Carl was very responsive to hypnotherapy and found it easy to visualize most of the things I suggested. More importantly, he felt a lot better afterwards and was able to get on with the business of enjoying his life, free from excessive worrying and stress.