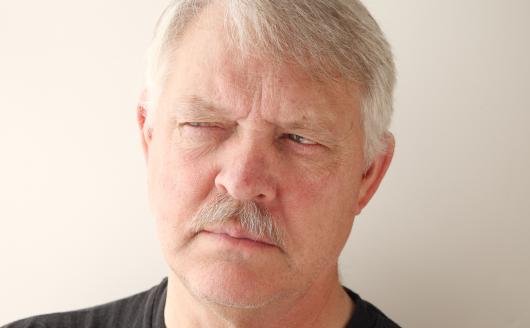 It's common for people in trance to feel that they're not hypnotized, when in fact they are. Often such subjects don't realize how deep they went until they come back to full awakening consciousness.

Some people also think that they are 'under the hypnotist's control' but this is not so. They are free to reject or accept suggestions.

Tom came for his first session of hypnosis in 1998 saying that he needed to lose some weight but couldn't stop nibbling in the evenings, he also drank a bit too much. Tom was a lawyer who spent a lot of time dining with clients; as a result he was about three stone overweight.

He didn't seem to have any real emotional issues that needed resolving, it appeared he had gotten into bad habits and lazy ways. He was well motivated to slim and really wanted to get back into sport, which he'd enjoyed in his healthier days.

Before I hypnotized Tom he said "by the way - can you put in a post hypnotic suggestion or do something just to prove that I'm hypnotized because I don't really believe in it and would like convincing."

I explained to him that he was always free to accept or reject suggestions and that the proof would lie in his change of eating habits but Tom persisted.

During the hypnosis I described how Tom's arm was becoming so light that it was beginning to float up in the air, and the lighter it became, the higher his arm floated, until his floating arm was way above his head. Then I had Tom open his eyes and look at that floating arm.

When he came out of trance Tom told me that it was he who had let his arm float up, that wasn't proof enough for him.

The next time I saw Tom he told me he'd lost about four and half pounds in weight but still wanted some proof that he was actually hypnotized.

This time I told him his leg was so heavy that he just couldn't lift it from the floor. Try as he might that leg would not lift. And the harder he tried the heavier his leg became.

But that still wasn't proof.

On the following visit I had Tom imagine himself in a garden where an annoying fly wouldn't leave him alone, it kept brushing against his face and the itch was so bad that he just had to keep flicking it away. The restless arm was up, trying to flick away that imaginary fly.

But that was no proof for Tom.

On his next visit Tom told me he was well on his way to achieving his goal - he'd lost nearly a stone now, had no interest in snacking, was eating small, sensible portions of food and exercising more and feeling a whole lot better. He asked for help with his golf as he hadn't played for several years and needed a confidence booster to get him back into it.

But he also wanted me to give him one last proof.

So I told Tom that when he woke up, each time he saw me pick up my pen he would have to straighten his tie. This he duly did, but reasoned that his tie was crooked and he was going to straighten it anyway (even though I successfully demonstrated this post hypnotic suggestion six times).

A year later Tom phoned my office. He was playing golf really well, in addition to several other sports. He was happy with his weight and his confidence was fine, but still he wanted just one more proof of hypnosis.