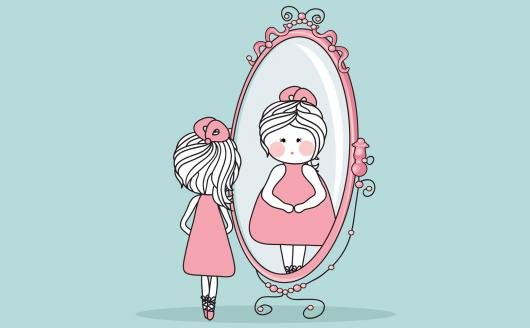 Up to one in ten women between 18 and 25 will at some stage suffer an eating disorder. Worse still, it will be the one in ten we least expect. Clients are mostly female, but not exclusively.

As a hypnotherapist specializing in eating disorders I often work with clients struggling with Bulimia. In many cases they consider themselves overweight, and yet are not. Like anorexics, they have little idea of how they appear to others. Yet, this is not an issue that has a great deal to do with food. Food is merely the media of expression for the problem.

Here's an example. A client tells of how they first began their bulimic behaviour in school. The symptoms subsided a few years later, only to return following a painful breakup with a boyfriend. On closer examination it turns out that around the time the client started her bulimic behaviour, her mother was going through a separation and her father had left the family home.

The bulimia was related to her feelings of abandonment and insecurity, and had little to do with food. However, as a means of expressing herself, and a tool to create a physical response, food became a viable media. As unlikely as it may seem, this client was looking for security and a means to satisfy her own feelings of abandonment. No amount of reassurance about how little she needed to loose weight would have any positive effect.

When a second situation of abandonment was experienced, she reverted to a 'successful' behavioural pattern, and returned to bulimia. She would probably go through spells of bulimia her entire life, at every point where she felt abandoned, if her situation went unaddressed.

In this simplistic example things appear straightforward. Unfortunately, life is rarely this simple. However, when the cause of the initial outbreak of bulimic behaviour is uncovered in many instances, using hypnosis, the behavior can be altered. Hypnosis can also play a valuable role in intervening when a sufferer needs to increase their food intake rapidly.

An unusual and effective method to achieve this is to place a sufferer in hypnosis, stimulate them to eat some high protein foods, such as a boiled egg, and a protein drink, and then while they remain in hypnosis, take any memory of eating these foods away. Without the memory of eating, there is no desire to purge.

In a bulimic 'binge purge cycle' hypnosis can be used to interrupt and relieve the process. Ultimately the causes will need to be addressed, however the bingeing can be stalled or prevented using the right suggestions. The single most important aspect of using hypnosis with bulimic clients is to reassure the sufferer that there is no shame in this debilitating condition. It's a disease, just the way flu and diabetes are. With proper care bulimia can be overcome.

A key aspect to realize in the treatment of bulimic clients is that to disrupt their binge/purge cycle can greatly weaken their resolve to complete it. Although this can provide a valuable nutrition boost, it may not actually end the bulimia. In most cases bulimia needs to be dealt with at the point of origin. Then sources of anxiety need to be systematically removed. As they are isolated and removed the client will binge less and so purging will reduce.

In quite a typical case, a client was exposed to very damaging emotional abuse from her mother in her teens. She developed bulimic behaviour and years later came to me for assistance. Although her relationship with her mother had improved somewhat, I recommended completely cutting contact with her mother until we broke the bulimic behaviour. Very rapidly after the contact was ended, her bulimia receded and stopped. When she later contacted her mother it immediately returned. Faced with an obvious choice, she chose her health.

At this point hypnotherapy can be used to remove some of the angst around her mother's actions when she was a teen. Eventually a relationship, maintained at a safe distance, with her mother was gradually established - with the provision that should her mother display any toxic activity, she would reduce contact. This implementation worked and she continues to do well.

This is an example of looking for the stress points, and then removing them. In this case it was the mother; sometimes it will be work, or their own children. This does get difficult; however, the therapist is not being paid to be popular. If the stress points are isolated (even just for a period) and the client finds their behaviour changes radically and improves, then there is a clear message there. This can to some degree be tested, by reintroducing the source of stress and looking to see if the bulimic behaviour returns.

When faced with choices at this level, things become pretty clear. The client can continue her chosen behaviour (bulimia), or choose to do things differently. If this means removing the cause of stress, then hypnosis is probably not entirely necessary. However if, in the case of children, the removal of the stress point seems a little extreme, hypnosis can be used to temper the anxiety to a large degree or create coping mechanisms.

Regression to find the original causes is the hypnotherapists most valuable tool. There is a body of thought out there, and therapists hear this all the time, that 75% or more of bulimic clients have been sexually abused. As a forensic hypnotherapist I am very able to detect this - however, in my experience this is simply not the case.

There are higher incidences of sexual abuse in bulimic clients than in the population generally, but we are not talking about more than 20 to 25% - probably less.

The bulimic client is more likely to have been exposed to some trauma than the general population. Trauma is a very broad term and can range from seeing your younger sibling hit by a vehicle, to not being asked to be in the school play, depending on the individual.

A treatment pack designed to be used by a bulimic client is available for download from my website at Http://www.vancouverhypnotherapy.org/bn.html

This provides client and therapist with sound files which the client can be asked to used at times during their treatment. I've used it successfully with my own clients, and other therapists report it has worked with clients in their care.

Should you need further information about working with Bulimia feel free to contact me on vanbc1963 (at) yahoo.com. Please remove (at) and replace with @ as we wish to prevent spam emails being sent to this address.