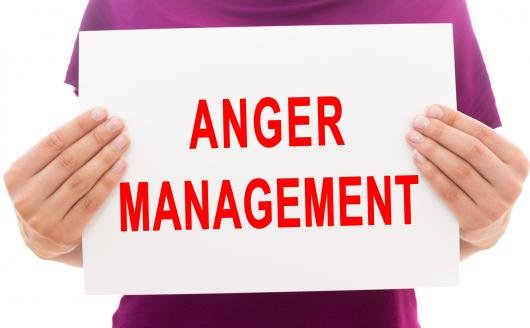 Rebecca, 29, has successfully managed to quit smoking with the help of hypnotherapy so she decided to use it again to help her with her anger management.

She told me that she had always had a 'short fuse' but these days it was mostly directed towards her eldest daughter, Jessica, aged 9. Rebecca felt irritated whenever she was in Jessica's company and directly avoided spending time with her daughter, without really knowing the reason why.

It wasn't difficult to put two and two together and deduce that Rebecca's irritation and short fuse was directed at Jessica because she identified with her and, hating herself meant that Jessica reminded her of herself, however so she substituted hate for anger towards her daughter.

I already knew that Rebecca was a good subject because she had stopped smoking with hypnosis and said that after the session it was almost as though she had never smoked and she never gave cigarettes a second thought.

Usually I would ask permission to regress a client, however instinct told me that Rebecca would be reluctant to agree to this (although she did say, during the consultation, that she couldn't remember any particular feelings associated with her mother leaving her).

In order to overcome her anger, it was important that Rebecca got in touch with those feelings and address them, so I decided to use regression in the form of inner child therapy.

Rebecca told me afterwards that she 'didn't want to go there' - however during the hypnosis session she clearly saw herself at 9 years of age and as tears rolled down her cheeks, admitted that she felt totally abandoned and felt as though it was her fault that her mother had left.

Rebecca was asked to comfort her inner child and do or say whatever was necessary to make her feel better. She was to make friends with herself and recognize that she could go back and comfort that child whenever she needed to.

She was then brought back to the present time (her adult self) and taken to a recent situation where she'd felt irritated by Jessica. Her irritation was identified as being located in a certain part of her body where she gave it form, shape, color, texture or whatever she felt was appropriate.

She was then asked to allow that irritation to go to her shoulder, travel down her arm, into her hand and feel it there for a second or two before letting it go.

Following that she was taken to a future scenario where she was with Jessica in a situation that would have previously irritated her and using her 'anger release' technique (if she needed it). Suggestions were then given that she would really want to get to know her daughter better, listen and communicate and generally take interest and pride in her daughter, whilst at the same time, feeling happier with herself, her life and her family.

Follow up 6 months later revealed that Rebecca and Jessica now 'more like sisters' - she explained - 'I can't believe how well we get on now - I am just SO proud of both my children'.

As a bonus, Rebecca also began to lose some of her excess weight and felt much better about herself.