The Power of Expectation: How the Placebo Effect can influence client outcomes 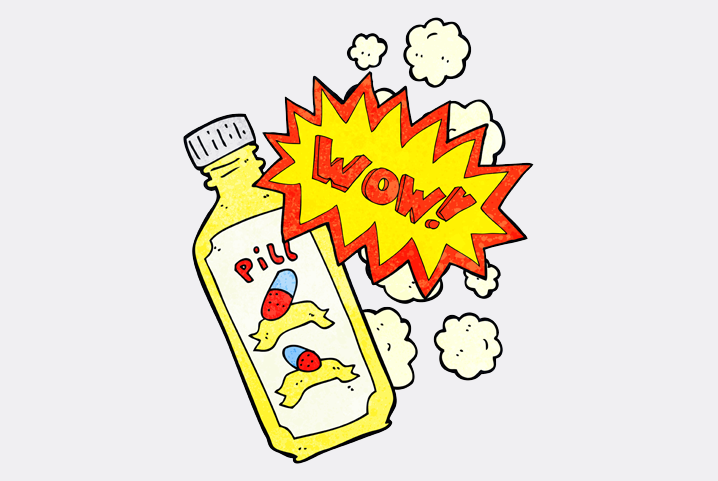 It is estimated that in Britain alone, 25% of all drug sales are for pain-reducing remedies (mainly Paracetamol and Ibroprofen) to help with headaches, migraine, joint and period pains, toothache, etc - many of these claiming to target specific areas.

As anyone who reads the back of a box of supermarket brand pills can attest, the ingredients are often identical across the brands - regardless of whether they cost 19p a packet or £4.99 a pack.

If there is a difference then this usually lies in the coating of the tablet, the addition of caffeine which can accelerate pain-relief or lysine which is water-soluble and speeds absorption of the pills.

Why then, are people happy to pay the higher price for basically the same product?

We're often told that we 'get what we pay for' - in other words, if it's cheap, it's worthless' (certain cheap foreign imports for instance) and in some cases this appears to be a valid point - but the ingredients of the above-mentioned tablets contain the same ingredient.

When we think we are buying a more effective medication - we often feel better for taking it - and the reason for this is that our expectations are higher which causes the brain to release the important, pain-relieving hormone, dopamine.

This amazing phenomenon proves how powerful the human brain is - we think - therefore we are.

This brings to mind the technique of one of the most renowned hypnotherapists of recent times - Dave Elman - whose mantra was - want it to happen - expect it to happen - watch it happen.

In his book, Hypnotherapy (the only one he ever wrote, to our knowledge), Elman describes how an anaesthetist colleague performed numerous operations on battlefield casualties during World War II, believing he had an ample supply of nitrous oxide, only to realize half-way through that his tank had been empty for the last hour or so.

On realization of the lack of anaesthesia he took the surgeon to one side and asked what they should do. The surgeon replied that they would carry on working as they had done - the men had been getting perfect anaesthesia.

They kept quiet about it and continued operating until their work was finished and the patients were none the wiser.

So how does this affect you? Your confidence in yourself as a good hypnotherapist is vital if you are to successfully help your clients.

This confidence comes from within - it comes from believing in your ability - (after all, if you don't believe in yourself you can hardly expect others to do the same); having the skills necessary to lead your client into a hypnotic trance and knowing how to deal with issues that crop up.

Of course there is a lot more to it than that and this comes with time and experience.

Working with a client's belief system is also essential and this is something the drug companies have been relying on.

While there's no disputing that Ibroprufen and Paracetamol can be effective in relieving pain and inflammation, they can also, if misused, carry severe health risks.

Hidden in different wrappers they are also deceptive and as we now know they are not going to target the specific areas their manufacturers claim.

Hypnotherapy on the other hand, can help to trigger the brain's ability to self-heal - admittedly not with all conditions but then again, medication isn't always effective.

As we're often told, 'all hypnosis is self-hypnosis', it would make sense for people to learn how to hypnotize themselves so they are able to apply this when necessary and not be taken in by the false claims of certain drug manufacturers.