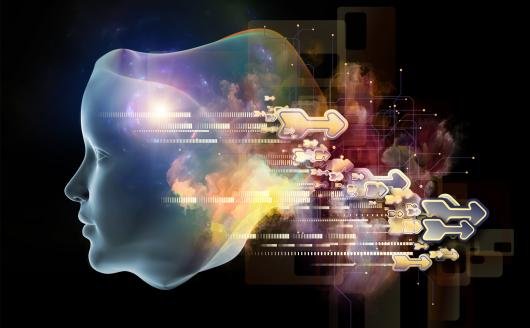 Having read quite a bit of information about negative hallucination I figure that I understand the basic concepts behind it.

I have seen stage hypnotists claiming to be invisible to their subjects and cross the room (allegedly bodiless) holding a stick or something else that is apparently travelling around on its own.

Or they tell their subject that a broom is a beautiful woman whom they will want to make love to - or someone's belly button or penis has dropped off in the toilet - I'm sure you've seen the same sort of act if you've been to one of those shows?

I've also experienced negative hallucination (I think) where - something is right there under my nose but I just cannot see it. No matter how many times I look it is just not there.

Now I might be a bit myopic but I can see my contact lens when it falls out of my eye (usually) - so I figure there is something more going on.

When my children were young I used to tell them that the 'Borrowers' had been. Do you remember the story? The Borrowers were wonderful little people, they would borrow pins to make a stool to sit upon, stamps to hang on their walls as pictures, paper clips - to climb up from under the floorboards so that they could borrow more 'stuff' and so much more.

Having booked a holiday abroad we realized that my son's cats needed inoculations in order to be able to be looked after in a cattery. The cats are strange creatures.

Since we rescued them from the RSPCA (Royal Society for the Protection of Animals) when they were about 11 months old and had been rejected from several possible homes before then because of their 'anti-social' behaviour' - we soon came to accept that they were both suffering from agoraphobia and social phobia - they were (and still are most of the time) very nervous cats.

Anyway (sorry but I do like to embellish a story) - on the way to the veterinary surgery I told my son that I didn't mind having the basket on my knee as long as they didn't wet on me.

All went fine. The cats were vaccinated and we were almost home (but stuck in the traffic) - suddenly - my trousers felt wet - I could actually feel cat wee trickling down my legs and had to lift the basket slightly off my lap.

My son couldn't smell anything but it didn't matter - I could feel the dampness there and the disgust building up in me.

As soon as we were able to park the car he lifted the cat basket off my lap - and - Nothing.

No wetness - no smell - absolutely nothing - I had apparently imagined it all. Yet it was so real!

To me that was a fine example of negative hallucination - I had expected it to happen and it did (at least in my mind).