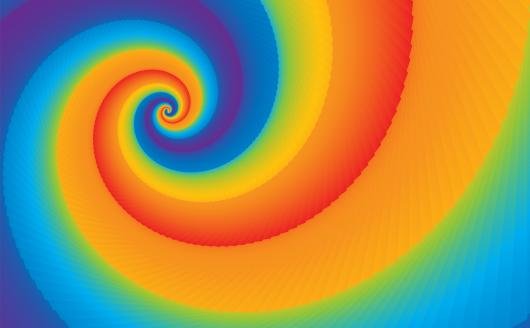 One day, a little boy living in Germany in the eighteenth century had to undergo a serious operation to remove a tumour that was growing on his head. In the absence of any anaesthesia, the procedure would be a risky one. Before and during the operation, the little boy's mother held his hand tightly and told him a story so vivid and so fantastic that the little boy was completely engrossed. The surgery was a success and throughout the operation the little boy had felt no great discomfort whatsoever, as his mind had been so completely focused on his mother's amazing story. That little boy was Jacob Grimm, and the story was Snow White.

Using hypnosis with children is not a new phenomenon - there are references in both the Old and New Testaments describing children responding to treatments using suggestion and faith. It is simply that knowledge regarding this powerful therapy is fairly limited amongst the general public and many medical professionals alike.

Unfortunately, there are still many misconceptions that children hold about hypnosis - some of these come from the parents, but in the majority of cases, television is responsible. An example can be found in the Disney film, Aladdin, which depicts an evil sorcerer using hypnosis to "magically" make his victims obey his commands. However, more often than not, children are drawn to the "mysticism" of hypnosis, and any fears and misconceptions can be corrected before the start of each session.

It is fairly well known amongst hypnotherapists that children are excellent hypnotic subjects. As adults, we lose much of our ability to fantasise and daydream - something children are experts at. Up until around 10 years old, children have little distinction between fantasy and reality, and can usually create imaginative stories and tales with ease. Their imaginative capabilities are, therefore, incredibly useful when it comes to using hypnosis to help a wide range of problems.

Our minds are made up of the conscious mind (logical, rational) and subconscious mind (emotion, behaviour), which are separated by a kind of gatekeeper called the Conscious Critical Faculty (CCF). The CCF filters out anything unwanted that it perceives might harm us (although sometimes it also gets it wrong and filters out the good things!). However, children don't develop the CCF until between 10 and 12 years. As a result, up to this age they accept everything at face value and their belief systems are very susceptible to suggestion.

Think of the situation whereby a child has fallen over and hurt their knee - the mother calms them by giving them a "healing kiss" and, as if by magic, the child's knee automatically begins to feel better. This is an example of waking hypnosis being used by a mother, whether she consciously realises it or not.

In children over 12 years old, behavioural change can still take place, as the beauty of hypnotherapy as a treatment method is that it bypasses the CCF and communicates directly with the subconscious, that is, the part of the mind responsible for the behaviour or symptom in the first place.

As a rule, hypnosis will generally not be effective with children under the age of 5. This is due to the inability to build the necessary rapport, as well as the fact that children of this age prefer not to close their eyes or sit still for long periods of time.

When we consider that many emotional problems we suffer from as adults have their root in childhood experiences and environment, it makes sense to ensure our children's issues are dealt with as and when they arise. As a child's mind is not fully developed, they believe that anything bad that happens is somehow their fault in one way or another: the father who leaves home, the mother who pays them no attention, the child who does badly in their school grades.

Some examples of the way hypnosis can help children and adolescents are:

The benefits of hypnotherapy don't just end at when the child begins feeling better. Self-hypnosis techniques can be taught to both parents and children alike and children can be taught to express themselves, either verbally, or through creative methods, such as drawing or writing. Hypnosis works by empowering the child, rather than taking any control away from them, by allowing them to develop the necessarily skills to deal with any difficulties they may face in the future.

Louise Watts is a certified Clinical Hypnotherapist, having trained at the well known Essex Institute of Clinical Hypnosis. She has also undertaken specialist training in a number of fields.

Louise's approach uses a blend of hypnotherapy, NLP and film metaphor therapy to help her clients achieve the change they seek to allow them to feel more satisfied with their lives.

She also run a number of workshops in self hypnosis, NLP and Marketing for Complementary Practitioners both in Essex and London.