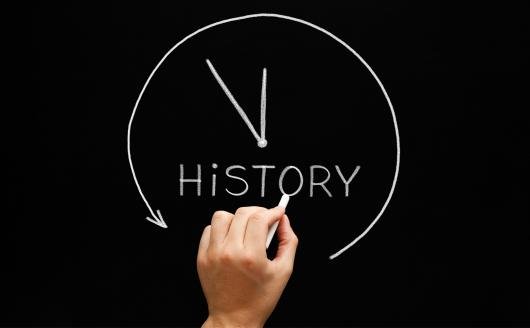 Hypnosis has existed in the plant and animal kingdom in one form or another since time began In hibernating, animals 'turn inwards' and are able to exist for long periods of time without sustenance.

No-one knows for certain when the practice of hypnosis originated but it is known that ancient Egyptians used a form of it in their dream temples.

Some ancient Egyptian paintings depict an apparently sleeping person with others who seem to be making hypnotic passes over them.

Perhaps the best source of reference to hypnosis in early Egypt comes from the famous 3rd century CE Demotic Magical Papyrus which was discovered in the 19th century in Thebes.

Column 16 of this papyrus gives instructions for preparation of a lamp which is to be used in a ritual: It states:

You take a boy and sit him upon another new brick, his face being turned to the lamp and you close his eyes and recite these things which are written above down into the boy's head, seven times.

You make him open his eyes.

When he says to you, 'I see the light in the flame of the lamp', you cry at that moment, saying 'Heoue' nine times.

You ask him concerning everything that you wish.

Source: Hidden Depths - The story of hypnosis by Robin Waterfield.

In the eighteenth century, an German doctor named Franz Anton Mesmer found he could cure people of different diseases without medicine or surgery, and he believed he had a magnetic force which could regulate the flow of magnetic fluids in people to produce a cure.

In many cases his cures were successful and this method of healing came to be known as Mesmerism.

Mesmer treated very rich and very poor people. For the less well-off he 'magnetised' a tree from which hung ribbons or cords for his followers to hold and receive his magnetic therapy.

Another method he used (the baquet) was to fill a large tub with water, containing bottles of iron filings.

Protruding out of the tub were iron rods which the common-folk held onto.

Many of the patients had violent seizures or fell into deep sleeps which could cure many different kinds of ailments.

Mesmer became very famous in Paris at that time and the French government, at the suggestion of Marie Antoinette, offered him a life pension and enough money to set up a clinic. Because Mesmer refused to allow the government representatives to supervise the clinic a huge controversy raged and in 1784 the King of France appointed a Commission to investigate mesmerism.

The report concluded that animal magnetism and the magnetic field were figments of the imagination and Mesmer's practices and theories were regarded as worthless. The fact that many people had been cured of their ailments seemed of no consequence.

In the middle of the 19th century a Scottish doctor named James Braid published a book called Neurhypnology or the Study of Nervous Sleep.

He invented the word neurhypnosis from which the word hypnosis originated.

In 1951, a young doctor named Albert Mason called upon to help a 16 year old boy who was suffering with an extremely bad case of ichthyosis.

This is usually a hereditary condition in which the patient has fewer sweat and sebaceous glands than usual, which causes the skin to become dry and scaly.

The boy's body was almost covered in a thick, smelly, black layer of hard, dried skin which often oozed with a bloody serum.

He had suffered this condition since birth and conventional medicine had failed to help him.

On two occasions he had been given skin graft operations but each time the new skin flared up like the rest of his body.

It is thought that Dr Mason perhaps did not realize that hypnosis was not intended to be used to heal congenital diseases when he offered to help the boy.

At a hospital in East Grinstead in Sussex, in front of a dozen skeptical doctors, he hypnotized the boy and gave him suggestions that his left arm would become clear.

Five days later the blackened skin became crumbly and fell off to reveal underneath, reddened but otherwise normal skin.

Ten days later the boy's arm was clear. Dr Mason proceeded to use hypnosis on the other parts of the boy's body, achieving remarkable results and the case was reported in the British Medical Journal for 1952.

Three years later Dr Mason wrote a follow up article reporting that the results appeared to be similar.